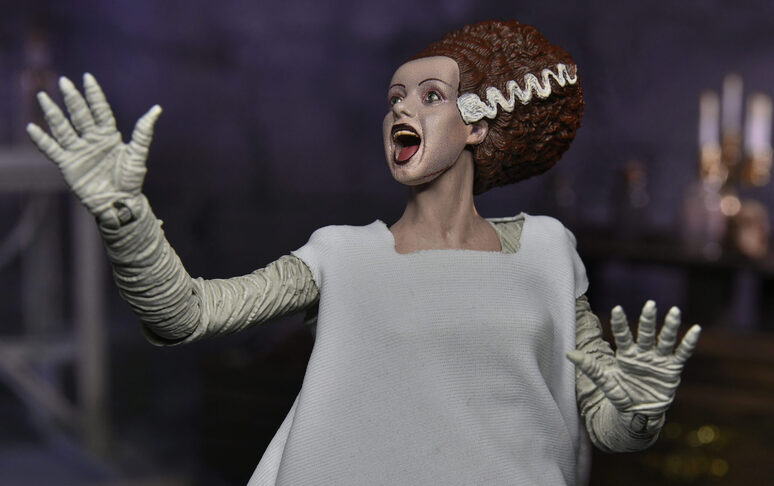 Universal’s 1935 film Bride of Frankenstein, starring Elsa Lanchester, is absolutely iconic. NECA’s line of Universal Monster figures captures the essence of the character in a new collectible, the 7″ action figure, with two different ways to display.

NECA details, “Elsa Lanchester’s portrayal of the creature stitched together to be the monster’s mate is captured in this detailed 7″ scale Ultimate action figure.”

A black-and-white version of the Bride of Frankenstein will also be released at a later date. Take a look at some of the images of the colorized version below, which will be available this June. For more details and images, head over to the official NECA site. 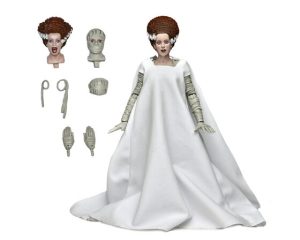 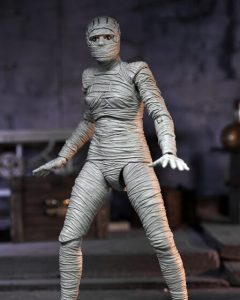 ← Prev: FrightFest Glasgow 2023 Line-up Promises Shocks and Shivers Aplenty Next: Creature Feature 'The Devil Beneath' Claws Its Way Onto Digital →