The First Episode Of ‘Fear The Walking Dead: Flight 462’ Has Been Released

Kelli Marchman McNeely is the owner of HorrorFuel.com. She is an Executive Producer of "13 Slays Till Christmas" which is out on Digital and DVD and now streaming on Tubi. She has several other films in the works. Kelli is an animal lover and a true horror addict since the age of 9 when she saw Friday the 13th. Email: [email protected]
The virus is going airborne in ‘Fear the Walking Dead: Flight 462′ web series. On October 4th the web series will premier the first of it’s 16-part series. The web series will also reveal a new character that will join the TV series’ cast in season two.

‘Fear the Walking Dead: Flight 462′ follows a group of passengers aboard airplane Flight 462 during the beginning of the outbreak. The passengers will discover that an infected passenger is aboard the plane and all of their lives are in jeopardy.

The first episode is now available at AMC.com.

← Prev: We're Returning To 'The Cabin In The Woods' For A Sequel Next: Geena Davis Hopes To Join Beetlejuice 2 → 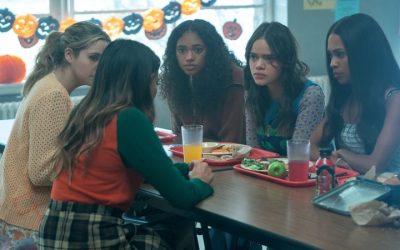 Our favorite goth girl, Wednesday Addams, is going off to school in Tim Burton's new series “Wednesday,” out Today on...