The Irish Film ‘The Wake’ Now Live On Indiegogo

One of the ways indie horror filmmakers raise funds for production is through sites like Indiegogo. These campaigns are great because horror fans have the ability to not only see the film but also have an opportunity to be part of films.

This month writer-director Rik Gordon is running an Indiegogo campaign in the hopes of raising funds for his upcoming short Irish horror film ‘The Wake’.  The funds will go to special effects and makeup for the project and in return you will get great perks.

Gordon had this to say about the film: “The Wake is a new and exciting short Irish horror film set around a traditional Irish wake. I want to create a film that will be an experience to watch; have strong, vivid characters, creepy, scary and suspenseful scenes and practical special effects with lots of blood! An Irish wake consists of a lot of strange and old traditions which I am warping into a fantasy scenario. The Wake will tell the story of an outsider brought into a world he is unfamiliar with and must survive.”
What is an Irish wake? Gordon explains on the campaign page. “A Wake is the ceremony before the funeral where family members and friends can pay their respects to the deceased. The Wake is usually held at the family home where many people will gather and lament. A Wake in Ireland has many unique traditions dating back hundreds of years. For instance curtains are drawn and a window is left open to “allow the spirit of the deceased to leave the house”. All clocks are stopped at the time of the persons death and mirrors are covered as they were seen as a portal to the underworld for the spirit. In years gone by keening would have taken place, which was a form of wailing, this act was believed to ward off evil spirits.”
Visit the Indiegogo page and grab a great perk like digital copies, a custom video to scare your friends, IMDb credits, an invitation to the premiere in Northern Ireland and more. Follow ‘The Wake’ on Twitter, Facebook, Instagram and the official website for updates and more.

← Prev: Victor Matellano's Vampyres Remake Sees Its Release Later This Month Next: American Horror Story Renewed For Season 7 - Where Will It Take Us Next ? → 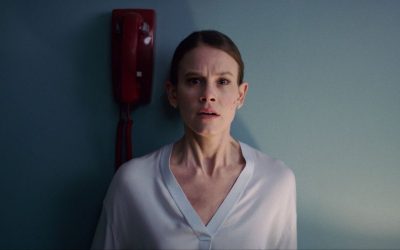