Monsters are real.  Many articles have and will be written about mass murderers, serial killers, sociopaths and every other type of terror anyone can imagine.  That being said, there are few monsters who come close to the topic of today’s article.  This man brainwashed others to do, in his own words, Satan’s work.  He was a beacon of evil for lost and damaged souls to latch onto and feel part of something.  This monster gave his disciples purpose…the abominable purpose of Helter Skelter.  Charles Manson was never convicted of murder himself, but he has spent nearly a lifetime in prison for composing one of the most publicised and vicious mass murders in modern history…and that is only a fraction of his reign of terror.

The timing of this article coincides with Manson being admitted to a California hospital due to an undisclosed illness.  Rumour is that Manson is suffering from gastrointestinal issues, but it is against federal and state law to reveal what prisoners are specifically being treated for, though not unheard of for inmates, no matter how notorious, to be admitted into hospitals for severe health issues.  Krissi Khokhobashvili, a spokeswoman for the hospital, commented that if the inmate dies, the illness will be publicly disclosed after next of kin are informed.

So who was Charles Manson?  He was born to an unwed, 16-year old mother and officially given the name No Name Maddox until the name Charles Milles Maddox was given to him weeks later.  His mother then married Eugene Manson for a short time and Charles took his step-Father’s sur-name.  Not much is confirmed about Manson’s childhood because he often gave varying and false stories to people who asked about it.  It is known that his mother paved the way for his life of crime and spent her own time in jail.  Manson has revealed that the day his mother was released from jail and embraced him was “his sole happy childhood memory.”

Manson spent much of his teenage years forging his way into a life of crime.  He began with burglaries and armed robberies.  He was arrested and escaped multiple times from juvenile detention centers.  In these centers he met with psychiatrists who diagnosed him with extreme anger issues and extreme intelligence, even genius levels.  As he grew up, Manson married a hospital waitress named Rosalie Jean Williams.  He admits to it being a happy marriage, but he was soon back in jail for grand theft auto.  While Manson was in prison, Rosalie gave birth to their son and soon after, stopped visiting her husband and the two were divorced in 1958.

Manson showing is terrifyingly charismatic goofy side…offset by the swastika tattoo on his forehead.

Upon release, while still under parole, Manson started a prostitution ring which included a 16-year old girl.  Due to this and other crimes, Manson was placed back in prison for 10 years.  On March 21, 1967 Mason was released and had spent more than half of his life behind bars.  The 32-year old requested to stay in prison citing that it had become his home, but the request was denied.

The Ohio native then made his way to California where he became enamored with the hippie culture and even became a respected guru to many people in San Francisco.  With his charisma, penetrating eyes, music, and the ability to read play on a person’s weakness, this monster led many people, mostly women, to join The Manson Family.  This cult followed the Manson-made teachings of Helter Skelter.  This philosophy taught by Manson was that there would be an apocalyptic war between white and back races and that the Manson Family was there to trigger the battle.  Manson took upon himself a Christ-image to his followers and taught them that they were reincarnations of the original Christians while the biblical Romans were the establishment.  Manson often referred to himself as their saviour and told stories of himself being on the cross with nails in his hands and feet.  The broken souls that listened to him followed their Messiah to the depths of Hell.

Members of The Manson Family

In 1968 The Manson family moved to a ranch owned by a blind, 80-year old man who the family worked for.  It was also not uncommon for Manson to command his daughters to provide sexual favors for the man or himself.  Growing, the family procured an alternative ranch in Death Valley where they lived in two condemned ranch houses.  It was here in these homes that Manson turned up the volume on the teachings of Helter Skelter.  He had begun telling his followers that they would “have to show blacks how to start Helter Skelter” and even shot a black drug dealer named Bernard “Lotsapoppa” Crowe who swore to wipe out everyone at the Manson ranch. Crowe did not die from the shooting, but it was certainly a harbinger of things to come.

The first major crime known to be performed by The Family was the shooting of Gary Hinaman.  Bobby Beausoleil, Mary Brunner, and Susan Atkins held Hinman hostage for three days while they attempted to steal money that Manson suspected Himen had inherited.  After two days, Manson himself came and slashed off Hinmen’s ear with a sword.  Beausoleil then stabbed their victim multiple times and used his blood to write racial images and terms on the walls.

August 9, 1969.  Manson sent Susan Atkins, Linda Kasabian, Patricia Krenwinkel and Charles “Tex” Watson to ahome he himself had previously scouted out.  Sharon Tate was a 26-year old actress and model who lived there. Manson sent his angels of death to her home with the command to “totally destroy everyone [in the house] as gruesome as you can.” He wanted to send a message.  Inside the house occurred a scene only horror movies could fathom.  Sharon Tate (whose husband, Roman Polanski was out of town), Abigale Folger, Jay Sebring, Steven Parent, and Wojciech Frykowski were all slaughtered with no remorse and no mercy.

Manson was absent from the scene, but Watson took command and announced “I am the devil, and I’m here to do the Devil’s business.”  He then bound Tate and Sebring together by their necks.  Sebring cried for mercy for the nine-month pregnant Tate and, supposedly in a need to shut him up, Watson shot him.  Frykowski began running to escape and was tackled by Watson who clubbed him in the head with the butt of his gun so hard that the gun handle broke, then stabbed the victim 51 times and shot him twice. Folger also nearly escaped, but was caught and stabbed 28 times.  Steven Parent was shot 4 times as he pleaded for release.  Finally, Tate was executed by both Atkins and Watson.  After all were dead, the killers followed their messiah’s command to “Leave a sign [and] do something witchy.”  This was done by adding to the gore with blood messages painted on the walls.

Manson was not done lighting the fuse on Helter Sketer.  The next night he accompanied six family members – the four from the previous night with the addition of Leslie Van Houten, and Steve “Clem” Grogan – to yet another house.  Leno and Rosemary LaBianca were bound and blindfolded with pillow cases. Manson toyed with his victims, stabbing them in non-vital areas with a bayonet and then commanded that each of his present followers take part in the murders.  Each family member stabbed the victims multiple times, totalling approximately 16 times each.

Many things contributed to the capture of Charles Manson.  But two of the major factors were the questioning of a local motorcycle club whom Manson had attempted to hire as bodyguards, and the testimony of Susan Atkins herself.  Atkins had been arrested earlier and began telling her cellmates of her involvement in the murders.  The highly publicized trial of Charles Manson and the sadistic family members began on June 15, 1970.  On January 25, 1971 all defendants were found guilty on all charges.  Manson, who acted as his own lawyer, was found guilty of conspiracy to commit murder and sentenced to death although that was changed to life in prison with the abolishment of the death penalty in California.

Charles Manson has not had an easy life behind bars.  In 1984 another inmate poured paint thinner all over the fallen messiah and lit him on fire.  With nearly 20% of his body covered in 2nd and 3rd degree burns, Manson still could not stay out of trouble and was found guilty for drug trafficking through the prison in 1997.
Even behind bars, Manson has found ways to remain relevant; for example, he has done a number of highly touted interviews, yet still shows no remorse and also commercially released albums her recorded as a solo artist and with The Manson Family.  Also, in 2014 it was announced that he the 80-year old charismatic leader was engaged to 26-year old Afton Elaine “Star” Burton and had obtained a marriage license.  This marriage, luckily, never came to fruition and the license expired in 2015.

Manson now rests in a Californian hospital bed awaiting death.  The impact of the minds and lives this Monster twisted and destroyed will live far beyond the man who played puppet master to their doom.

← Prev: Did Arizona Man Capture An Image Of A Demon? (See Photos) Next: Green Apple Acquires The Rights To 'Slaw' A 'Saw' Parody Starring Kevin Nash → 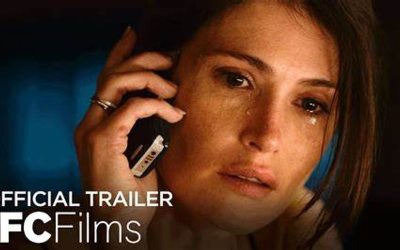 From directors, Declan Lawn, who spent 10 years as an investigative reporter for BBC, and Photo Journalist Adam... 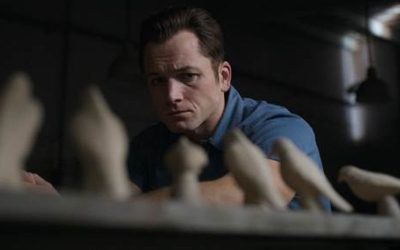