Horrorfuel.com got contacted earlier today by the band Darkness Visible.  This Australian-based theater rock band are part of a segment of the horror world that I feel is far too underestimated and far too rarely recognized.  I wrote an article a little bit ago about an Alice Cooper concert and how he was the godfather of horror-music: well, if Mr. Cooper is the godfather, he can certainly be proud of his Darkness Visible children.
Bassist David Black wants the world to know that his band is releasing their ninth music video and that this one is “a bit over the top.”  The song is called Breaking Point. Tragically, I had not heard of this band yet so I did some research.  I watched the other eight videos and they are truly mini horror movies with accompanying music to tell a tale of darkness.  I loved them.

Black talks about sinking all of his savings into making this video but that he “can’t guarantee that the video will stay up for long, but fingers crossed that they don’t pull it.”

If you are one of us waiting anxiously to see just what Black is teasing, you will find the video will be available in the next few weeks on youtube and their facebook site.  https://www.facebook.com/BreakingPointVideo

You can see the last 8 Darkness Visible videos on I Bleed Indie for free at – https://ibleedindie.com/category/music-videos

← Prev: Two New Clips Land From 'Life' Starring Ryan Reynolds Next: Check Out The Trailer For The Zombie Flick '3 Hours Till Dead' → 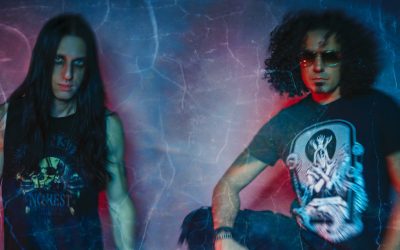 Childhood Ruined Part 1: Do You Know The Muffin Man?

Nursery rhymes were a big part of our childhood, but have you ever wondered where they came from? We will be exploring...