Filming for American Horror Story’s next season is already underway and new cast members are still being announced. The most recent addition to the new season is Colton Haynes. The series’ creator Ryan Murphy took to Instagram to welcome Haynes to AHS family and shared a photo of Haynes smeared with what looks like lipstick.

Colton Haynes should look familiar, he has co-stared in a long list of  series such as ‘Arrow’, ‘Teen Wolf’ , ‘The Gates’ and in films like ‘San Andreas’ and ‘Rough Night’.

We are still waiting on the premiere date to be announced for this season, inspired by the 2016 presidential election. AHS has already been renewed for two more seasons.

← Prev: The Second Season Of 'The Exorcist' Will Be Here Soon ! Next: 'Echoes Of The Passed' Unveils First Trailer And Images → 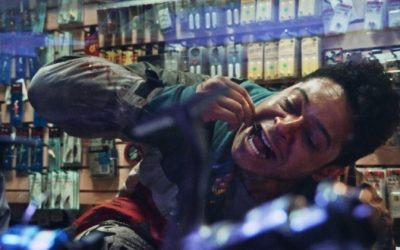