John Cho Joins The Cast Of ‘The Exorcist’ For Season 2

The season two premiere of The Exorcist is one two months away, and new details are beginning to surface. Last month, the premiere date was announced. We also reported that Ben Daniels and Alfonzo Herrera, who played the priests in the first season, will be reprising their roles along with Kurt Egyiawan’s character Father Bennett. The priests will be helping a new family in desperate need of their expertise.

Deadline is now reporting that Star Trek and Harold & Kumar actor John Cho has joined the cast for season 2, and will be playing a major role that will take the show in a new direction.

We also have learned the official synopsis of the new season of The Exorcist.
“Season 2 picks up with Father Tomas Ortega (Alfonso Herrera) and a newly collarless Marcus Keane (Ben Daniels) out of Chicago and on the road, searching out evil. Across the Atlantic, Father Bennett (Kurt Egyiawan) attempts to weed out those within the Vatican who have turned against God. Ultimately, Tomas and Marcus are led to Andrew Kim (Cho), a former child psychologist who runs a group home for five at-risk foster children on a secluded private island off the coast of Seattle. When one of the children under Andrew’s care is targeted by a powerful force, the two priests head west, setting themselves on a collision course with hell.”
The Exorcist’s second season will premiere on September 29, 2017 on Fox.

← Prev: 'Simple Creature', A Modern Retelling Of 'Frankenstein', Coming To DVD Next: A First Look At Wesley Alley's 'SockMonster' - Produced By The Director Of Saw II - IV → 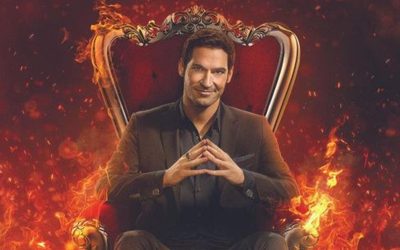