EW broke the news that AMC is partnering with Fathom Events to bring the zombie series together in more than 750 theaters for one night only on April 15, 2016, for the events named “Survival Sunday: The Walking Dead & Fear the Walking Dead”.

If you can’t make it to the theater, don’t panic, “The Walking Dead” finale will air at its regular time and will be followed by the “Fear the Walking Dead” premiere. The only difference is that those in theaters will see “exclusive bonus content” as a pre-show beginning at 8:30 pm.

Sunday, April 15 marks an epic and highly-anticipated moment for these series, as worlds collide when Morgan crosses over from ‘The Walking Dead’ and into the new world of ‘Fear,’” Theresa Beyer, SVP of Brand Activation for AMC said in a statement. “We are thrilled to be working with our terrific partners at Fathom to provide fans from across the country the opportunity to experience this crossover moment in such a special way and among other members of one of television’s most passionate fan communities.”

You can get your tickets in advance beginning March 16th on the Fathom Events website.

← Prev: "Fear Comes Home" This March When 'Insidious: The Last Key' Is Released Next: 'Happy Death Day' Getting A Sequel → 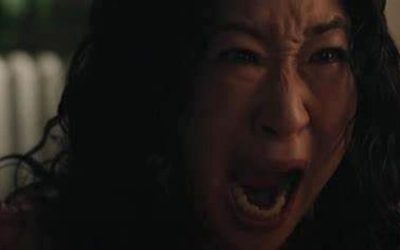