What do you get when you combine horror and a police drama? You get CBS’ new series adaptation of Mary Shelly’s classic novel Frankenstein. The network has just ordered the pilot for their series simply titled “Frankenstein.”

The series centers on “a San Francisco homicide detective who is mysteriously brought back to life after being killed in the line of duty. But as he resumes his old life he and his wife they realize he isn’t the same person he used to be and the couple zero in on the strange man behind his resurrection, Dr. Frankenstein.”

The series will be aiming for a premiere next season and hails from writer Jason Tracey (Burn Notice).

If you think the plot sounds familiar, you’ve probably seen or heard about Fox’s “The Frankenstein Code” which has been retitled several times as “Lookinglass” and “Second Chance”, and was originally titled “Frankenstein”. It followed a cop who gets a second chance after being brought back from the dead. 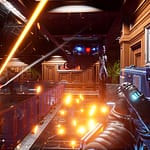