The Nostalgia Continues! Book Review Of ‘The SNES Omnibus: The Super Nintendo And Its Games, Vol. 2’

A slow rainy day is made better with a good sit-down with a book. Luckily for me, Brett Weiss and Schiffer Publishing sent me a copy of Weiss’s latest coffee table read, The SNES Omnibus: The Super Nintendo and Its Games, Vol. 2 (N–Z). I previously reviewed volume one and my feelings towards this volume are no different.

The book is laid out in the same format as the previous one where the games are listed alphabetically and include lots of pictures showing gameplay, box art, and for some of them, even the ads for the games. I’ll admit there are some kooky box arts…

A space-shooter with no old men playing banjos in it…

Just like volume 1, this is a treasure-trove of childhood flashbacks of games I remember being advertised and even movies that came out around that time…they made any movie into a video game back then!

Yes, Wayne’s World was a game

As much as I like this book (well both of them actually) I did some digging around and realized that some titles are missing, true most of these titles are for games that I don’t think deserve any recognition out of fear that it could cause them to be remade. So don’t expect that these books will be a complete list of every North American title of SNES games.

If you’re into gaming culture and have a flair for the nostalgic, both volumes of The SNES Omnibus: The Super Nintendo and Its Games by Brett Weiss, is for you.

← Prev: James Wan Confirms The Plot For 'The Conjuring 3' Next: Blumhouse's 'Thriller' Slashes Its Way Onto Netflix → 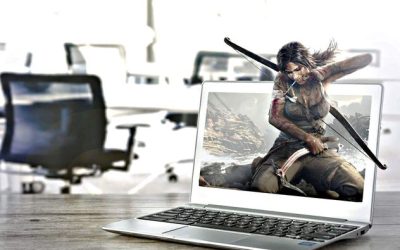