Understanding The Terror Behind ‘The Terror: Infamy’

If you’re like me, you’re super excited for the first episode of The Terror: Infamy that will premier tomorrow night on AMC. Needless to say, I can’t contain my excitement since I really loved the first season and have looked forward to this season after hearing about it on Twitter.

Before you watch the season premiere tomorrow, there are some details that you should really know if you want to understand a couple of big plot points for the show. I’ve mentioned some things in a past article about The Terror: Infamy but I’ll go a bit into detail this time so you can look like a smarty pants while watching the show and explain things to your friends or family if they say they don’t understand what’s going on.

First, just like the previous season, the story was inspired by true historical events. The title of the second season “Infamy” is most likely in reference to President F.D. Roosevelt’s speech he gave after the bombing of the US Naval base in Pearl Harbor by the Imperial Japanese Navy. In Roosevelt’s speech, he referenced the day of the attack (December 7, 1941) as a day that would “Live in infamy.” This line influenced the title of the speech to be referred to as the “Infamy Speech” 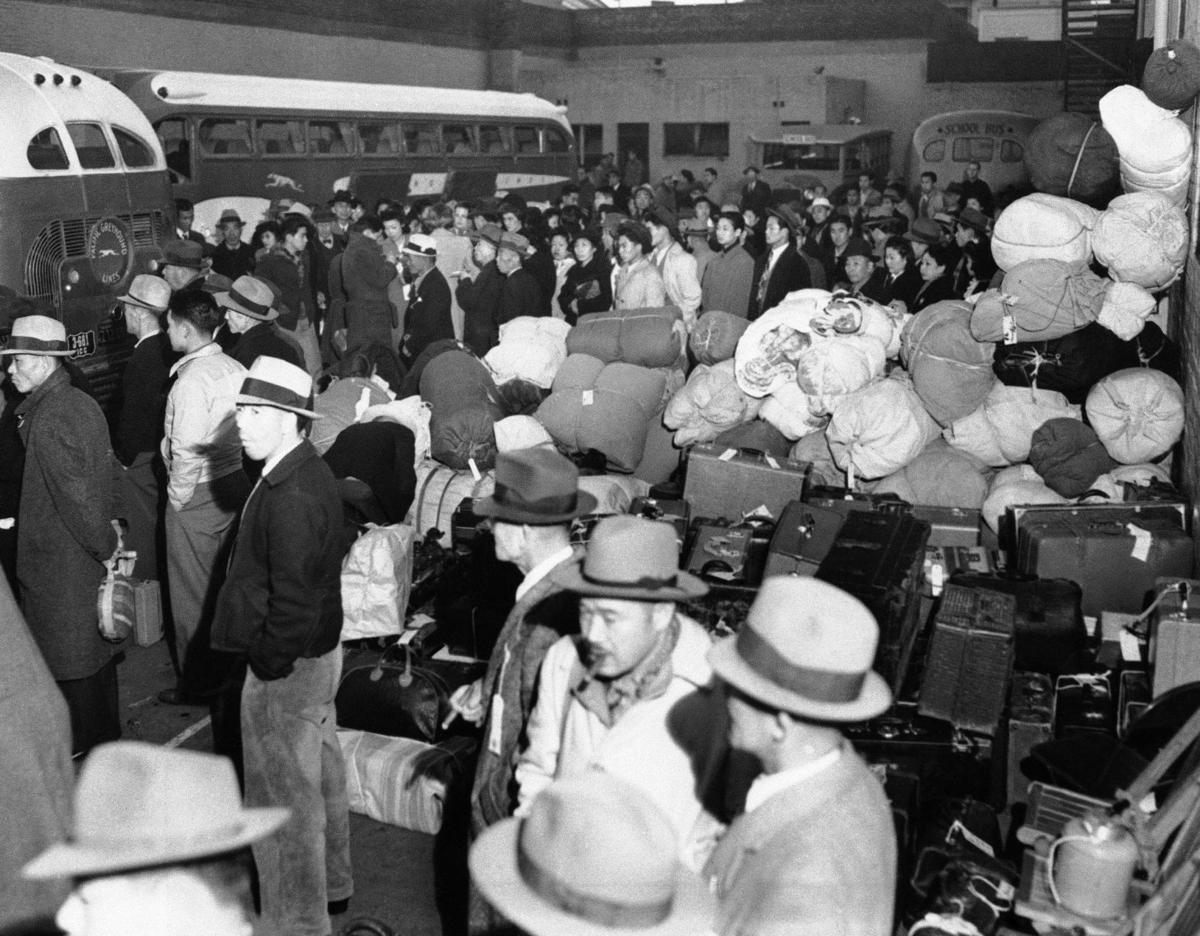 Japanese Americans at a bus depot in Arkansas

What followed two months later will be one of the darkest moments in American history; Roosevelt signed Executive Order 9066 On February 19th, 1942. Order 9066 ordered that Americans of Japanese ancestry were to be put into prison camps for the sake of national security as it was feared by many that Japanese Americans would help Imperial Japan by attacking/sabotaging America from within. Colonel Karl Bendetsen was put in charge of the internment program where he developed a “One drop of Japanese blood” policy where anyone with any amount of Japanese ancestry would be put into the camps. Non-Japanese spouses were allowed to join their significant other in the camps. Many Japanese Americans overnight lost everything, not just their rights as citizens, but business owners lost their livelihoods, farmers lost their lands, lawyers had their law licenses revoked, and any property owned by Japanese Americans were taken by the government. Even after the war and the camps closed, many were left with nothing and had to literally start their lives over.

Around 110-120,000 people of Japanese descent were housed in camps that were located in western, mid-western, and southern states as the west coast became known as the “exclusion zone” where Japanese Americans were not allowed to be. By the end of the war and the internment program, 1,862 Japanese Americans died in the camps, seven of the deaths were from being shot by guards.

Just like the first season and the novel that inspired it, there’s a supernatural element to the story that borrows from another culture. In the first season, the bear creature that was hunting and killing the crew members of the Terror and Erebus was inspired by legends of the Inuit people. The Terror: Infamy will be drawing a lot from Japanese culture and mythology to scare audiences. 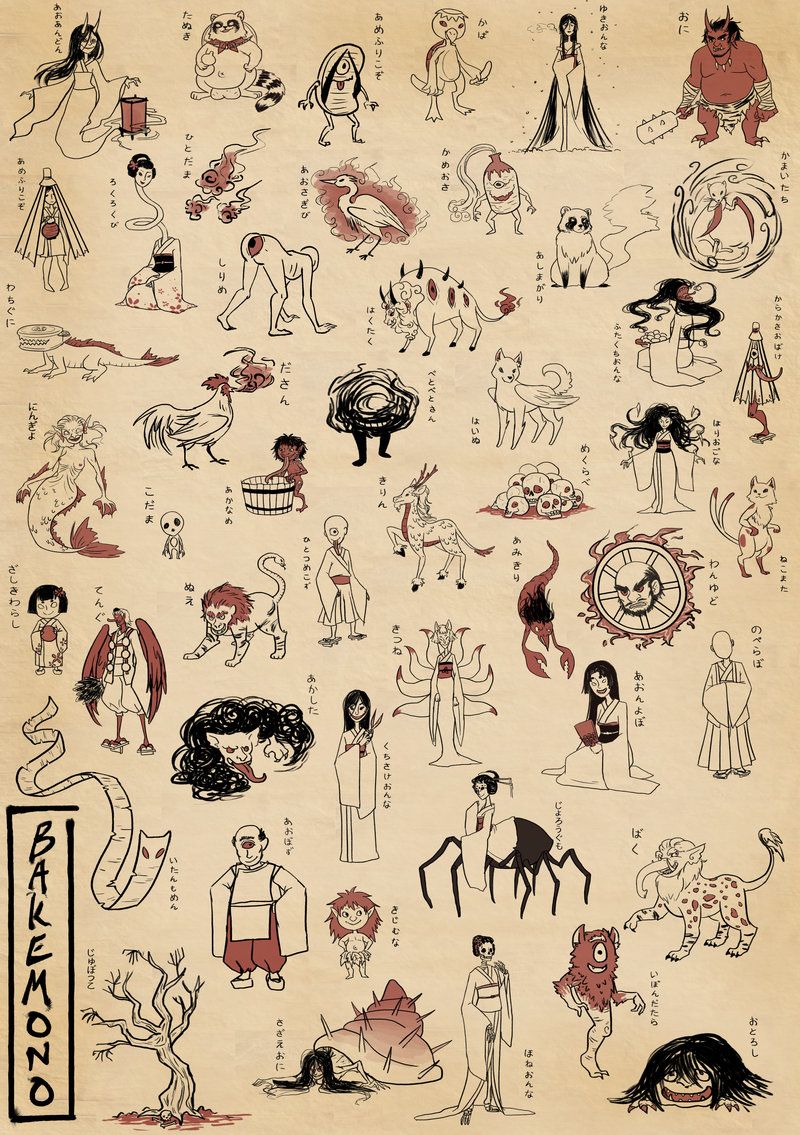 The paranormal antagonist is a Bakemono, a Yōkai (Japanese supernatural creature) that is a shape-shifter. Throughout Japan, the Bakemono is called different things and has different appearances. Many believe that the Bakemono’s true form is that of an animal like a Fox, Badger, Cat, or Raccoon Dog. Some beliefs say that the true form is that of a Kodama, a spirit that lives in a tree. In the Shinto religion, it’s believed that everything, living or inanimate, has a spirit.

This was shown a lot in Studio Ghibli’s ‘Spirited Away’

Depending on where you are, stories may say that some other true forms of a Bakemono may be that of a bald Cyclops-looking child called a Hitotsume-kozō, a giant shadowy figure called a Ōnyūdō, or a ghost of a faceless person called Noppera-bō. There have been sightings over the years in Hawaii where people have claimed to have encountered a Noppera-bō. 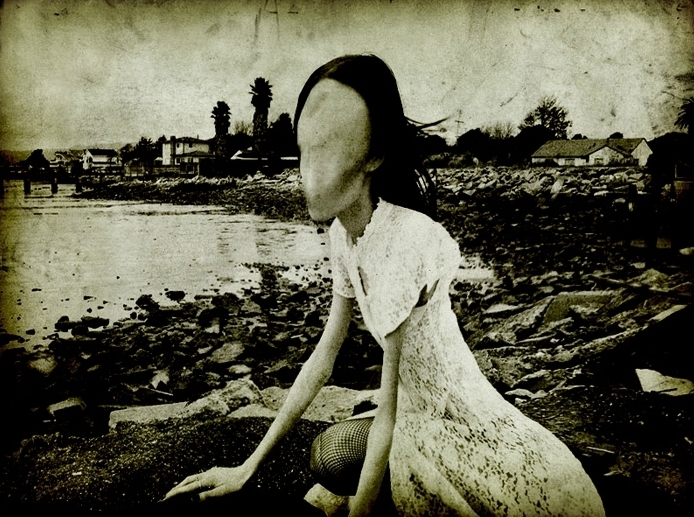 The Bakemono is also believed to be a form of Yūrei, a ghost. Sightings of Yūreis often depict the spirit of someone that has passed, they usually depicted wearing white as the color of white is the color of death in Japan and other Asian countries as black is in western cultures.

The location of a Yūrei haunting depends on the spirit itself. Commonly these ghosts are seen in houses or graveyards but in many stories, they sometimes are just haunting an individual for whatever reason, even for revenge. The way to defeat a Yūrei is to help it fulfill its final wish OR banish it away with a talisman called an Ofuda. Sometimes what some may believe to be a Yūrei is actually a Bakemono!

See you on Terminal Island tomorrow night with The Terror: Infamy at 9 PM EST!