Even (4) More B-Movies You Can Watch On YouTube Right Now (PT.3)

This B-movie train is not stopping for anything may it be robots, Martians, bugs from space, or gigantic prehistoric animals! If you want more or missed out on the other articles, check the links below!

An English woman (Valerie French), an American reporter (Gene Barry), a German scientist (George Voskovec), a Soviet soldier (Azemat Janti) and a Chinese woman (Marie Tsien) are taken by aliens and each is given a weapon that will destroy all humans on Earth if used within 27 days.

The crew of space station X-7 is being killed off one by one by an alien fungus that was brought back on board by a research crew exploring the ice caves of the moon.

The Monster of Piedras Blancas (1959)

An aeronautical engineer (Jeff Morror) and a mathematician (Mara Corday) working on a new radar system discover a gigantic bird monster that can’t be tracked by radar and attacks anything that moves in the sky or on the ground!

For more B-Movie goodness click one of the links below!

4-More B-Movies You Can Watch On YouTube Right Now!

Even (4) More B-Movies You Can Watch On YouTube Right Now!

Even (4) More B-Movies You Can Watch On YouTube Right Now (PT.2)

← Prev: A First Look At Train To Busan Sequel 'Peninsula' Next: Movie Review: To Your Last Death → 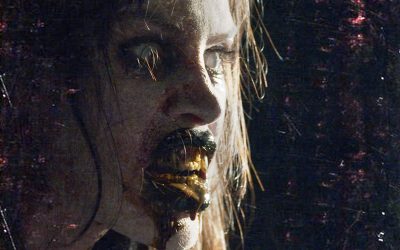 This summer, the supernatural horror film Allegoria is set to premiere on Shudder and On Demand. From director Spider...