Mike Flanagan‘s upcoming Netflix series “The Midnight Club” continues to add to the cast that now includes Nightmare on Elm Street star Heather Langenkamp as an enigmatic doctor who runs this hospice for young adults.

As we barrel toward the start of production on @intrepid‘s new @netflix series THE MIDNIGHT CLUB, based on the work of Christopher Pike, I’m honored and thrilled to announce our cast:
Portraying the titular club of terminally ill young adults is an amazing group of young actors. The Midnight Club is made up of Adia, Igby Rigney, Ruth Codd, William Chris Sumpter, Aya Furukawa, Annarah Shephard and Sauriyan Sapkota. And joining them…
I’m thrilled to welcome back some familiar faces as Zach Gilford, Samantha Sloyan, and Matt Biedel join the cast in supporting roles. (Some other familiar faces from previous Intrepid projects to pop up as guest stars along the way.) And finally…
Anchoring the show as the enigmatic doctor who runs this hospice for young adults, I’m honored to welcome Heather Langenkamp. To horror fans like myself, Heather is royalty, and I am so excited to work with her.
I’ve been dreaming of this project since I was a teenager, and I cannot wait to embark on yet another adventure with my @intrepid partner in crime (and television) Trevor Macy, as well as the fantastic crew we’ve been cultivating. More to come as we get closer to shooting.”

Leah Fong (“Once Upon a Time”) is adapting the script along with Flanagan that is based on Christopher Pike‘s 1994 novel of the same name.

We have high hopes for “The Midnight Club“. Flanagan has a long record of delivering fantastic films such as  Doctor Sleep and series like “The Haunting of Hill House.” Flanagan will not only be writing and directing the series, but he will also be executive producing along with Trevor Macy.

← Prev: From The Director Of 'Escape Room' Comes The Pandemic Horror 'Safer At Home' (Trailer) Next: Arrow Announces February Releases → 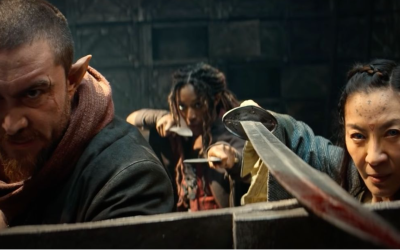