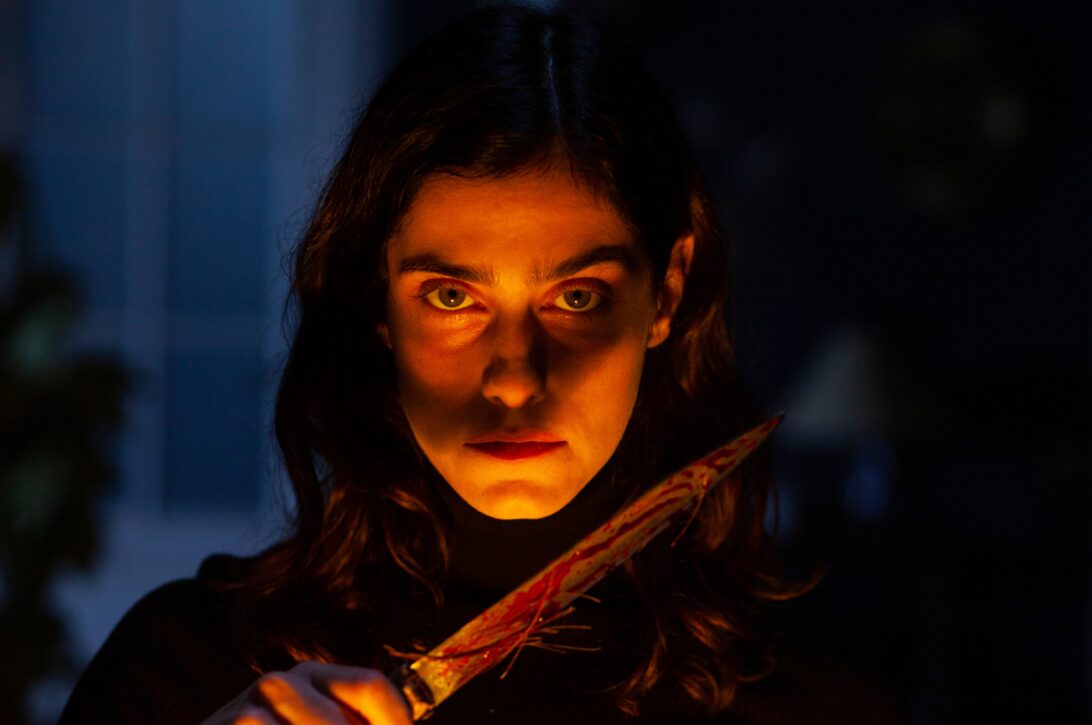 Holiday specials for the month include the following:

AMC+ brings the holiday cheer with a collection of new films and specials, festive classics, and family favorites including:

Acorn TV is celebrating the holidays in British style with several specials including:

Additional highlights from across the suite of services include (in alphabetical and chronological order):

In this lighthearted romantic drama, Sydney socialite Daisy Munroe (Rebecca Gibney, Wanted) heads to New Zealand for a vacation at her recently deceased stepfather’s winery, which she intends to sell. Little does she know that the failing vineyard has a co-owner: grumpy UK-born lawyer, Louis Oakley (Charles Edwards, The Crown), who also travels to New Zealand to escape a spiraling series of unfortunate events in his life. Despite neither having done a hard days’ work in their lives and despising each other, both must somehow make the vineyard successful so they can sell up.

This exciting new adaptation of H.E. Bates’ classic novel The Darling Buds of May follows the warm-hearted, wheeler-dealing adventures of the iconic Larkin family in the idyllic Kent countryside. Set in the late 1950s, each episode contains a story of the week concerning their personal family sagas and the politics of their village life alongside series arc stories. Starring Bradley Walsh (Law & Order UK), Joanna Scanlan (No Offence), and Sabrina Bartlett (Bridgerton).

Agatha Raisin (Ashley Jensen, Catastrophe, Ricky Gervais’ After Life) is hired to protect a woman from her ghosts of Christmas past, but when she’s found dead, Agatha has a murder investigation on her hands, with everyone in the village a would-be suspect – including the woman’s children. Co-starring Mathew Horne (Gavin and Stacey.) Season 4 of this Acorn TV Original series is to premiere in March 2022.

A Closer Look is a music documentary series that profiles R&B, Soul, and Hip-Hop artists whose song(s) have and continues to top the billboard charts and re-shape the music industry. The series highlights the artist’s career from the beginning to the present day. Each episode consists of a one-on-one sit-down interview between the artist and highlights music videos/live performances, studio sessions, archival interviews, B-roll footage, and guest interviews, placing, “A Closer Look” on the artist’s career and life.

It’s about life. It’s about love. It’s about us. Academy Award winner Whoopi Goldberg, Danny Glover, and Oprah Winfrey star in director Steven Spielberg’s adaptation of Alice Walker’s Pulitzer Prize-winning novel The Color Purple. From 1909 to 1949, Celie, a Southern Black woman, gradually gains self-respect as she strives to educate herself and to find love–despite an abusive spouse and a society biased against her race and her sex.

Starring Jodie Turner-Smith (Queen & Slim) in the titular role, the three-part psychological thriller explores the final months of Anne Boleyn’s life from the eponymous Queen’s perspective, as she struggles to secure a future for her daughter and to challenge the powerful patriarchy closing in around her. Anne Boleyn depicts the key moments that cause Anne to topple, unpicking her immense strength, her fatal vulnerabilities, and her determination to be an equal among men. The ensemble cast includes Emmy® and BAFTA® Award-nominated actor Paapa Essiedu (I May Destroy You, AMC+’s Gangs of London) as Anne’s brother and Tudor nobleman George Boleyn. Mark Stanley (Game of Thrones) is Henry VIII, one of the most famous Kings in British history, and Lola Petticrew (Bloodlands) is Anne’s love rival, Jane Seymour. Barry Ward (White Lines, Sundance Now’s Des) is King Henry VIII’s closest and most powerful advisor Thomas Cromwell, Jamael Westman (West End’s Hamilton) is Jane Seymour’s ambitious brother Edward, Amanda Burton (Marcella, Silent Witness) is stoic Governess, Lady Anne Shelton, and Thalissa Teixeira (AMC+’s Ragdoll and Too Close) is Anne’s loyal confidante and cousin Madge Shelton.

A high-octane, highly original spin on the Vampire genre and fantasy series, Firebite follows two Indigenous Australian hunters, Tyson (Rob Collins) and Shanika (Shantae Barnes-Cowan), on their quest to battle the last colony of vampires in the middle of the South Australian desert. Set in a remote desert mining town, a hive for the last vampire stronghold shipped from Britain to Australia in 1788 by the colonial superpower to eradicate the Indigenous populations. Sheltering from the sun in the underground mines and tunnels that surround the town until the present day, the colony’s numbers and hunger is growing. War is coming. Tyson and Shanika stand vanguard to the war. But what hope does an expertly reckless man full of bravado and a 17-year-old orphan possibly have to defeat these vicious blood-thirsty parasites, when legions of warriors before them have failed?

From the award-winning producers of Killing Eve, this modern-day Faustian thriller stars Henry Lloyd-Hughes (The Irregulars, Killing Eve), Thalissa Teixeira (Too Close, The Musketeers) and Lucy Hale (The Hating Game, Pretty Little Liars). Six people have been murdered, dismembered, and sewn into the shape of one grotesque body suspended from a ceiling in a block of flats in London– nicknamed the “Ragdoll.” Assigned to this shocking case are newly reinstated DS Nathan Rose (Lloyd-Hughes); his best friend and boss, DI Emily Baxter (Teixeira); and the unit’s new recruit, DC Lake Edmunds (Hale). The ‘Ragdoll Killer’ taunts the police by sending them a list of his next victims, with Rose’s name at the very end. And with those victims to protect, our heroes soon come under intense public scrutiny. A gruesomely imaginative serial killer thriller, Ragdoll captures the fascinating but flawed friends struggling with the consequences of institutionalization and trauma.

Based on the true-life 1959 experiment at Michigan’s Ypsilanti State Hospital, Three Christs is the story of psychiatrist Dr. Alan Stone (Richard Gere) and his paranoid schizophrenic patients — Joseph (Peter Dinklage) Leon (Walton Goggins), and Clyde (Bradley Whitford) — each of whom believes they are Jesus Christ.

Lucian (Peter Sarsgaard) is a New York City “house tuner” who works hyper-methodically to diagnose discordant ambient noises that adversely affect his clients’ moods. When he takes on a particularly difficult case of Ellen (Rashida Jones), a lonely woman plagued by exhaustion, Peter finds that the mysteries of the soul may be even greater than the mystery of sound.

The legend of Frankenstein gets a modern update from indie horror master Larry Fessenden. Suffering from PTSD following a stint as an army medic, Henry (David Call) now works feverishly in his Brooklyn laboratory to forget the death he witnessed overseas by creating life in the form of a man cobbled together from body parts. After procuring a brain from an unwitting victim, his creation – Adam (Alex Breaux) – is born. But it soon seems that giving life to Adam was the easy part; teaching him how to live in a dark and troubled world may be perilous.

Written and directed by Patrick Ridremont, Eva (Eugénie Derouand, Paris Police 1900), an ex-dancer, is now living in a wheelchair, unable to walk. When her friend Sophie (Honorine Magnier, Tomorrow is Ours) gives her an old wooden antique advent calendar before Christmas, she realizes each window contains a surprise that triggers repercussions in real life. Some of them are good, but most of them are bad, really bad. Now Eva will have to choose between getting rid of the calendar or walking again – even if it causes death and destruction to everyone she holds dear around her.

A group of battle-weary guns for hire are commissioned to rescue an imprisoned scientist from a secret Cold War bunker. Upon entering the facility, they find themselves in a fight for survival when they come under attack from a terrifying creature of unknown origin. Written and directed by Matthew Ninaber (PG: Psycho Goreman). Starring Jeremy Ninaber (Escape the Dark), Ethan Mitchell (Escape the Dark) and Kristen Kaster (If I Should Die).

Hollington Drive focuses on the lives of two sisters, Theresa (Anna Maxwell Martin, Line of Duty, Motherland), and her older headteacher sibling, Helen (Rachael Stirling, The Bletchley Circle, Detectorists). After Theresa’s ten-year-old son, Ben (Fraser Holmes), asks to play in the nearby park with his cousin Eva (Amelie Bea Smith, The Haunting of Bly Manor, EastEnders) and the children don’t return on time, Theresa goes in search. Her suspicions are heightened when she finds the children on the edge of a woodland area, and they appear to be fighting. Immediately her instincts tell her something terrible has happened. This is all too realized when later that evening a distraught neighbor, Jean (Jodie McNee, Judy, Britannia), learns her ten-year-old son Alex (Hugh Hamer, Brave Bunnies, Medici) has gone missing.

Jo Harding (Connie Nielsen, Gladiator, Wonder Woman) is a woman who has a perfect life with her partner (Christopher Eccleston, Doctor Who) until a fall erases an entire year from her memory. As she struggles to piece events together, Jo discovers that her life was in fact far from perfect.