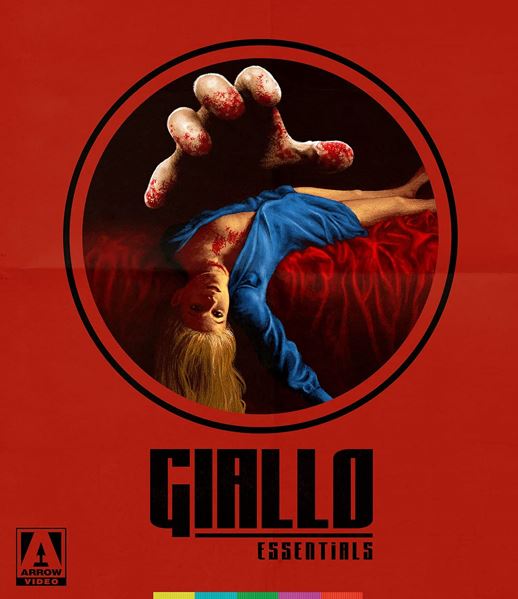 If you are new to the whole giallo genre (or looking to fill in gaps in your collection), Arrow Video has you covered with it’s new release of a Blu-ray set titled appropriately enough; Giallo Essentials, a collection of three films that deliver all of the mystery, murder, and terrifying twists the genre has to offer!

Disc one brings us 1965’s The Possessed:

More of a straight-forward murder mystery with giallo overtones (those sick bed hallucinations baby), The Possessed, co-directed and written by Luigi Bazzoni and Franco Rossellini  is nevertheless a great wheel-greaser for those new to the genre. The story is tight, the characters engaging, and the mystery an interesting one to try and deduce.

Another reason this will stand out to giallo fans, is the fact that this film was lensed in black and white… so the usual garish colors that populate the genre are nowhere to be seen (obviously)… it does effect the mood, and sets the picture apart from it’s brethren, that’s for sure!

As for special features on disc one, we kick things off with an audio commentary courtesy of writer and critic Tim Lucas, followed by an appreciation of the film by critic Richard Dyer.

After that we get interviews with make-up artist Gianetto De Rossi, assistant art director Dante Ferretti, and close friend of Bazzoni; Francesco Barilli (himself an actor and director).

Luigi Bazzoni once again holds the reins as we dive into the adventures of newspaper reporter Andrea (Django himself, Franco Nero) who learns of an attack that took place on New Year’s Eve that left one of his pals much worse for wear.

Seeing as he’s not a detective, he begins interviewing witnesses and generally trying to solve the case… but as he does, the number of his friends in the land of the living begins to seriously dwindle! Now, just who is committing these murders, and what place does Andrea hold on the kill list?

Filled with vibrant color, more red herrings than a fish market, and a plot so twisty you’ll need Cliffs Notes to follow it (not to mention keep track of the roughly 4.769 characters this story involves), The Fifth Cord is much more the kind of experience giallo films truly offer… and it’s a pretty damn solid fright film through and through as well!

As with disc one, this disc contains it’s share of bonus features as well, with an audio commentary courtesy of critic Travis Crawford, followed by a fascinating look at the film’s use of space and architecture from critic Rachael Nisbit.

We also are treated to more interviews, this time featuring author and critic Michael Mackenzie, Nero, and editor Eugenio Alabiso, as well as a deleted sequence, trailers, and an image gallery, not to mention a reversible sleeve featuring artwork by Haunt Love.

A woman’s body washes up on a beach with her face that resembles the floor of your local slaughterhouse, and the only clues available are a pair of silk pyjamas she wears and some rice in a cloth sack. Seems like an open and shut case…

Before you can say “Who killed Laura Palmer?”, the police are balls deep in the case, but will the clashing ideologies of those involved only make the mystery harder to solve? What do you think…

Now we are in the deep end boils n’ ghouls! Here we get a mysterious murder, sex, violence, and the truly bizarre… all top tunes from the Giallo Greatest Hits album… but ol’ Pyjama has it’s share of unique elements as well.

I mean, it’s hard no to love a batshit concept like putting the victim on display… public fucking display… and let anyone and everyone stare at her corpse in the hopes someone will know just who the fuck this stiff is! Does it make things better or worse that this film is based on a true crime case from the 1930’s?

In case your keeping track at home, this one is the real stand out in the set!

As for special features we get an audio commentary courtesy of author Troy Howarth, as well as interviews with Mackenzie, actor Howard Ross, editor Alberto Tagliavia, and composer Riz Ortolani, a trailer, an image gallery, and a reversible sleeve showing of artwork by Chris Malbon.

Featuring some gnarly sequences, murder, mystery and a few hallucinations here and there, Giallo Essentials offers up a nice sampler platter of what the genre has to offer for the neophyte, as well as providing some deeper cuts for those familiar with the genre!.

← Prev: Here's What We Know About Season Two Of Netflix's "Squid Game" Next: December Highlights For All AMC's Streaming Services →