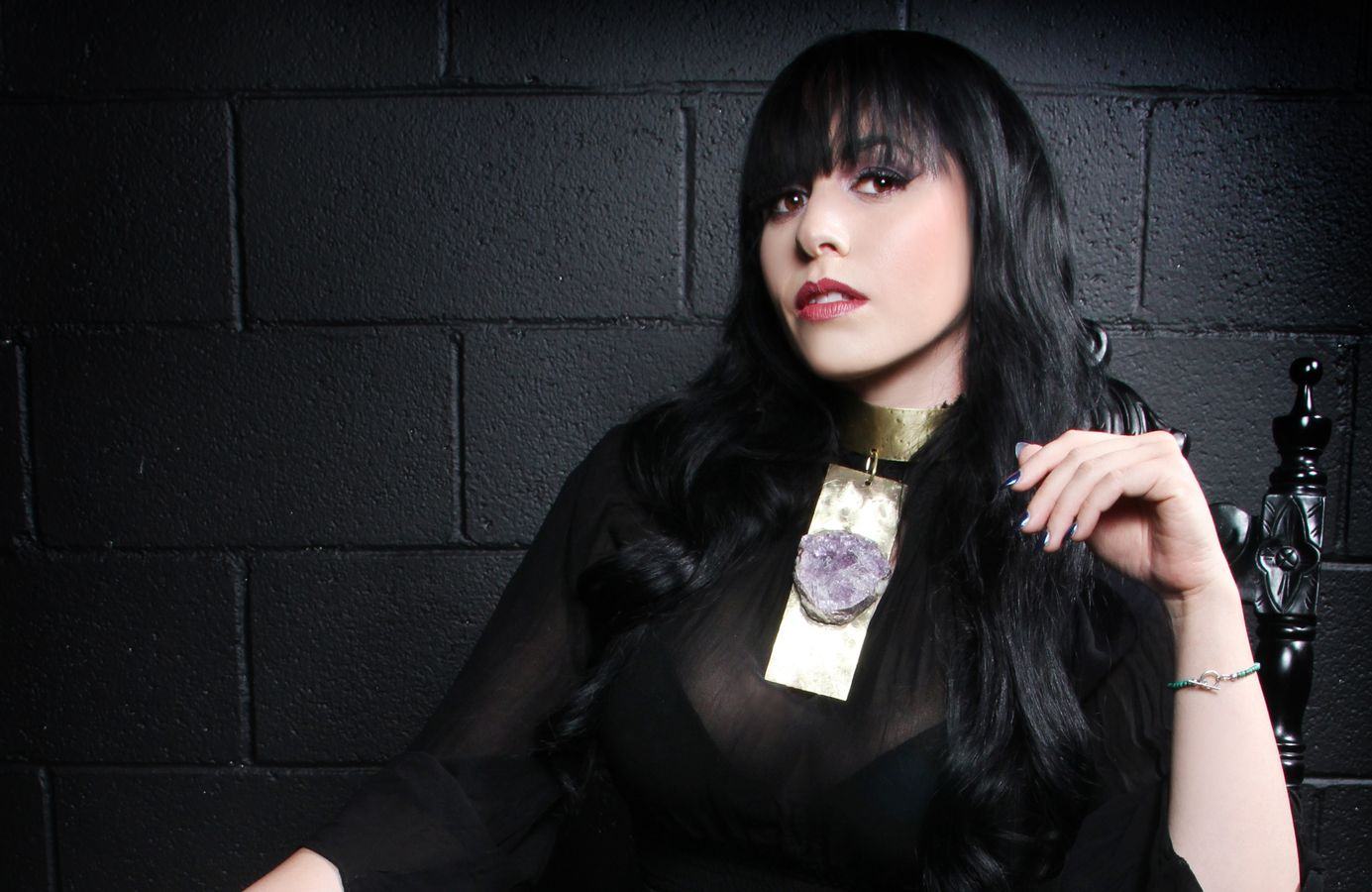 According to the Journal of Scientific Study of Religion, fifty-four percent of the US believe demons exist. Rachel Stavis is one of those believers, helping people plagued by the supernatural as an exorcist. Rachel sat down with us to discuss both Tubi’s Celebrity Exorcism special and her abilities which include the power to see entities, both supernatural and paranormal.

Kelli McNeely: “Commonly when we think of exorcists we think of Catholic priests. Are you connected to the Catholic church?”

Kelli McNeely: “How did you go about becoming an exorcist, an independent exorcist?”

Rachel Stavis: “When I was five I quickly realized that I saw things. I thought everyone did. I learned that other people didn’t have that and my mom taught me to hide that aspect of me and to not talk about it. So I did. When I was older, I has an accident, believe it or not, and I really couldn’t contain that aspect of me anymore. My abilities had gotten worse and worse. In other words, like when someone would see a homeless man screaming at something, I would actually see it. At this point, I thought I could do one of two things, check myself into somewhere or figure out why I see them, so that’s what I did.”

Kelli McNeely: “I can’t imagine. That must be frightening.”

Rachel Stavis “It is less so nowadays because I’m used to it. I’ve had the ability for a very long time.”

Kelli McNeely: “Unlike a lot of people in your field, you don’t charge clients do you?”

Rachel Stavis: “No and I try to see people quite often. I don’t charge people when they come.”

Kelli McNeely: “That’s very admirable. What do entities look like?”

Rachel Stavis: “Well, there isn’t really time now to cover them all, but it’s usually something like people draw when they think of monsters. But I cover all of that in my book, Sister of Darkness.”

Kelli McNeely: “I will definitely have to read your book. I’ve always been curious about things like that.

Rachel Stavis: “Thank you so much. It’s very detailed in the book about what I see.”

Kelli McNeely: “Are you planning to do another book any time soon?”

Rachel Stavis: “Yes! I am working on another book and a potential series where I get to go into some of the darkest places on earth. I’m very excited about that, and we also have a scripted series in the works with Disney.

They’re always going to be entities. With everything we’ve seen over the past few years and just in general there’s always some trauma. I wish people were more open-minded. We all have a special gift. We just don’t know everything, you know?.”

Kelli McNeely: “Wow. That’s fantastic, congrats! I agree the world would be a better place if people were more open-minded about things. You are also putting all of that knowledge to good use in Tubi’s special Celebrity Exorcism. Can you fill us in?”

Rachel Stavis: “Oh, yes. Basically what we did was I had three people that everyone knows and loves. We go through and kind of open up their own abilities, or in some cases re-open their abilities, going back to their spiritual connections, opening up how to communicate, all those beautiful aspects of themselves, to prepare them to go to that haunted place that has those entities.”

Kelli McNeely: “I’m sure going in and doing that investigation had to be somewhat terrifying for them.”

Rachel Stavis: “Oh, for sure. It was very brave. Going in and not knowing exactly what you’re doing with the paranormal and to top it off it was very exciting to see.”

HorrorFuel: “I imagine it was a bit of surprise because, in the beginning, they didn’t know what they were getting into.”

Rachel Stavis: “It was and was very brave. They really committed to it. I think it was challenging for everybody because it is something new and different.”

Kelli McNeely: “I can only imagine. Is there anything you can tell us about the location?”

Rachel Stavis: “I’m not sure how much I can say, but it is a very famous house that was used for many other things besides a home. It was used as a church, it was a place of high trauma back in the day. There’s not a lot of background found in print, but hopefully, you’ll get to hear about the stories that I found when I was investigating it on my own before we met. For me, when I go into any place really, I like to go in and do my own thing. I want to go in and see who is there for myself. A lot of people will say to me that, ‘Oh my house has an entity.’ Often times that isn’t true, most of the time the houses are haunted. I went in and I took a look around and in this particular case, it has a lot of activity and not just entities but also people, ghosts. You’ll get to hear and see the stories as to why that is.”

Kelli McNeely: “That’s fantastic. I look forward to seeing the special. Did they document anything really scary?”

Rachel Stavis: “I believe so, yes. I know what they went through. But let’s be clear, there are also moments of great sensitivity as these things were going on. Just because a spirit scary doesn’t mean they are. Just because you come across a spirit that has been traumatized, you have to go deeper and have conversations with them to find out why. They’re people.”

Kelli McNeely: “That makes a lot of sense. What is the most difficult aspect of the whole investigation?”

Rachel Stavis: “Of this particular investigation? With this type of investigation, it’s the encounter with the entity, a collector. What a collector does is it goes to a place of high trauma where a lot of people can’t move on. This entity uses people like batteries. It’s usually found in high-traffic areas. The entity was fairly strong. I don’t know if the crew felt it, but I felt it. I think that was the aspect that was the hardest for me was dealing with the deceased people. Because these people need passion and you have to talk them through letting go of a place they’ve been for so long. They’re afraid to move on. Whatever that trauma was, they feel responsible. There’s a lot of reasons why they don’t want to move on. I think that’s always the hardest part, listening to their stories and helping them. It’s the emotional aspect.”

Kelli McNeely: “When you perform an exorcism, how do you approach this relationship between an entity and a person they are attached to?”

Rachel Stavis: “For me, it’s just really about getting that attachment cut. Getting that entity out of that place it’s a long process, I think you’ll see aspects of it, I don’t think you’ll see much detail. Which for me personally, that was something I didn’t want to show much of because I don’t want people thinking they can do it and causing a lot of damage. It’s a very lengthy process. It includes a lot of different things. I work with a lot of spirits, with a lot of high-frequency energy and trauma. For me, it’s very specific. Once I start, there’s no stopping me. It’s kind of crazy especially when it comes to places because you have to go through the entire space, you can not leave one stone unturned. You have to cleanse everything. I think the team did their best.”

Kelli McNeely: “I’m sure fans of both the paranormal and the supernatural, like myself, will find your work and the special fascinating. Celebrity Exorcism premieres today doesn’t it?”

Rachel Stavis: “It does. Yes, today. It will be streaming on Tubi. Hopefully, people will enjoy it. The cast did such an incredible job and while they were filming they were working on their own personal journeys, exploring how they feel about it. It’s not an easy thing to ask of someone. They did an awesome job and I think people will appreciate that as well.”

Kelli McNeely: “That’s awesome. I can’t wait to see Celebrity Exorcism. I think it’s something that’s a bit different from all of the paranormal series we see all the time. And I think people in the paranormal community will love it. If you could tell people one thing about the supernatural/paranormal world that you live in, what would it be?”

Rachel Stavis: “I think I would say that working in darkness doesn’t mean darkness. You know, people always think that if they open themselves up to a spirit all these dark things are going to get in, but I don’t think that’s true. It’s not how that works. Dark things don’t care about your free will. They’ll get in whether you want them to or not. What I would love to see is for people to open themselves up. Working in the darkness I feel like I embrace the light all the time. That is what I hope people will do.”

Kelli McNeely: “What about if someone needed advice in dealing with one of those nasty entities?”

Rachel Stavis: “If it’s something that they feel is attacking them, I would say they need to check out my “30 Days Connection to Spirit” which is available on my Instagram account. The higher your vibrations, the higher your consciousness and the less there are for one of these things to feed on. Do good in the world, be good to the world, be kind, and I know it sounds very cliche, but it works.”

Kelli McNeely: “That sounds like good life advice in general. We all need to be more kind.”

Be sure to watch Celebrity Exorcism premiering on Tubi on October 22, 2021. If you want to learn more about the supernatural world and Rachel Stavis, grab a copy of her best-selling book Sister of Darkness and follow her on Instagram and Twitter.

← Prev: A Man Searching For His Brother Only Finds Terror In The ‘Hide And Seek’ Trailer Next: Movie Review: ‘Isolation’ →