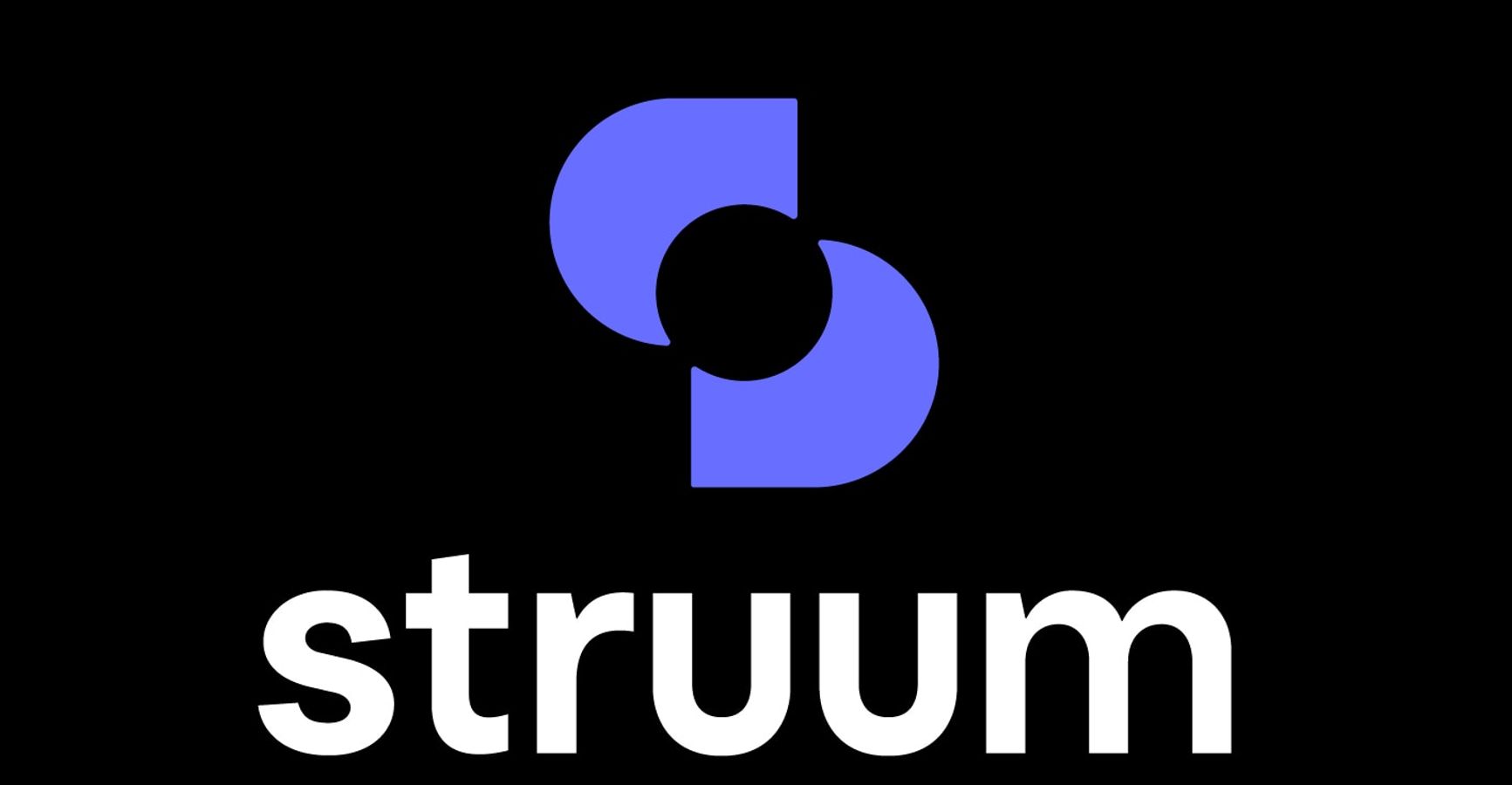 STRUUM, presents SHOCKTOBER, your home for horror this October and beyond. The streaming service features 100 Halloween horrors that cover 100 years of horror in multiple sub-genres for the horror-curious and connoisseurs alike, year-round from multiple programming partners.

To honor the season of Halloween, Struum, the groundbreaking streaming platform that aggregates a vast library of thousands of shows and movies from over sixty services with one monthly subscription, has programmed a content jukebox with a hundred classic horror movies starting October 1st! Frightening films burst forth from Struum like bugs from a bloated corpse, blood from a staked vampire, and caustic purple goo from a disemboweled alien—wherever their bowels are.

What better way to start fall than by cozying up in your home, alone in the dark, with a great horror film? Struum is serving up scares like no one else can, with the deepest bench of horror movies online—from well-known classics like HALLOWEEN, NIGHT OF THE LIVING DEAD, and the original HOUSE OF HAUNTED HILL to more cult favorites like the V/H/S series, from light to impossibly dark. Struum’s sinister selection represents an embarrassment of riches, 100 films spanning 100 years. From Norway’s spectacular silent-era 1920 chef-d’oeuvre and cautionary tale THE PHANTOM CARRIAGE (filmed in 1920) to last year’s DEVIL’S NIGHT: DAWN OF THE NAIN ROUGE, Struum offers horror movies across all subgenres: classics, supernatural, monster horrors, slash and gore, “smart horror,” and much more, from content partners Magnolia Selects, ConTV, Indieflix, Tribeca and Filmbox and more. The list of films is truly frightening!

Celebrate Shocktober, stream chills and thrills all month long and beyond, including

HALLOWEEN (1978): Fifteen years after murdering his sister on Halloween night 1963, Michael Myers escapes from a mental hospital and returns to the small town of Haddonfield, Illinois to kill again.

THE INVISIBLE MAN (1933): A scientist finds a way to become invisible, but in doing so, he becomes murderously insane. Oops!

NIGHT OF THE LIVING DEAD (1968): George Romero’s original and best. A ragtag group of Pennsylvanians barricades themselves in an old farmhouse to hold off a horde of flesh-eating ghouls that are ravaging the East Coast of the United States.

HOUSE OF HAUNTED HILL (1959): A millionaire offers $10,000 to five people who agree to be locked in a large, spooky, rented house overnight with him and his wife.

THEATER OF BLOOD (1973): A Shakespearean actor takes poetic revenge on the critics who denied him recognition.

THE VOICES (2014): A regular but kinda lonely guy (Ryan Reynolds) pursues his office crush (Anna Kendrick) with the help of his talking pets, but things turn (more) sinister when she stands him up for a date. Ryan also voices Mr. Whiskers, a cynical kitty with a Scottish accent, Bosco the boxer, and more!

SATANIC (2016): Four friends on their way to Coachella stop off in Los Angeles to tour true-crime occult sites, only to encounter a mysterious young runaway who puts them on a terrifying path to ultimate horror. Couldn’t happen to a nicer bunch of millennials.

HIM (2016): When a businessman fails to keep his end of a deal with the devil, his warehouse becomes haunted. When a group of paranormal investigators decides to spend the night at the warehouse trying to determine if the legends of the haunting are true, they are stalked by a horrifying clown. As evil descends upon the crew, they are forced to fight for their survival or end up the latest victims of…HIM.

THE REMAINS (2016): When a family moves into an old Victorian home, they discover a chest in the attic containing antiques inhabited by an evil spirit. As the antiques slowly possess each family member, the spirit grows stronger.

BRACKENMORE (2016): After the untimely death of an uncle she never knew she had, Kate (Sophie Hopkins) is forced to return to her ancestral home, a tiny rural village in the South of Ireland. Soon after her arrival, she meets Tom (D.J. McGrath), a mysterious young local who helps her to rediscover her long-neglected roots and forget about the anxieties of her life in London. The longer Kate stays in Brackenmore, the more she begins to realize that the eccentricities of its self-protective residents, suspicious of any newcomers, may be more ominous than she first thought. A story of festering family history and enigmatic traditions, Brackenmore is a suspenseful thriller that blends, an occult ritual with complex human relationships.

TUCKER AND DALE VS EVIL (2010): Affable hillbillies Tucker and Dale are on vacation at their dilapidated mountain cabin when they are mistaken for murderers by a group of preppy college students.

FRESH MEAT (2012): A dysfunctional gang of criminals takes a middle-class Maori family hostage and discovers too late that they are cannibals.

BONG OF THE DEAD (2011): When the world is taken over by flesh-eating zombies, best friends Tommy and Edwin figure out a way to benefit from it by turning zombies into fertilizer for growing potent weed! There will be bud.

AMERICAN ZOMBIE (2007): Pic documents the daily lives of a small community of the living deceased who make their home in Los Angeles.

SEVERANCE (2006): During a team-building retreat in the mountains a group of sales representatives are hunted down one by one. “Like a sales force into the night” – LCD Soundsystem

KILL GAME (2018): Five years after a high school prank gone horribly wrong, a group of good-looking, shallow, and at times cruel pranksters find themselves on the wrong end of the joke.

I SAW THE DEVIL (2010): A secret agent exacts revenge on a serial killer through a series of captures and releases.

SHROOMS (2007): A group of friends are stalked and murdered whilst looking for psilocybin mushrooms in the Irish woods.

THE BLEEDING HOUSE (2011): A stranger with mysterious intentions comes to stay the night at a secluded country home, but what he finds inside is a family torn apart by a violent past and a secret more deadly than he expected.

SPLINTER (2008): Trapped in an isolated gas station by a voracious Splinter parasite that transforms its still-living victims into deadly hosts, a young couple and an escaped convict must find a way to work together to survive this primal terror.

THE HOST (2006): Years before PARASITE, Bong Joon Ho gave us “one of the greatest monster movies ever made”—with a mixture of arch, offhand humor, and hold your breath horror: THE HOST. A monster emerges from Seoul’s Han River and begins attacking people. One victim’s loving family does what it can to rescue her from its clutches.

V/H/S (2012): When a group of misfits is hired by an unknown third party to burglarize a desolate house and acquire a rare VHS tape, they discover more found footage than they bargained for. Also spawned sequels S/V/H/S and V/H/S Viral (and Struum’s got those too).

388 ARLETTA AVENUE (2011): A young couple finds themselves in an unnerving situation with a mysterious stalker.

10 RILLINGTON PLACE (1971): What happened to the women at 10 Rillington Place? The story of British serial killer John Christie, who committed most or all of his crimes in the titular terraced house, and the miscarriage of justice involving Timothy Evans.

…And much more!  Sign up now for your free trial or join  STRUUM now.

← Prev: A Man Searching For His Brother Only Finds Terror In The ‘Hide And Seek’ Trailer Next: Movie Review: ‘Isolation’ →