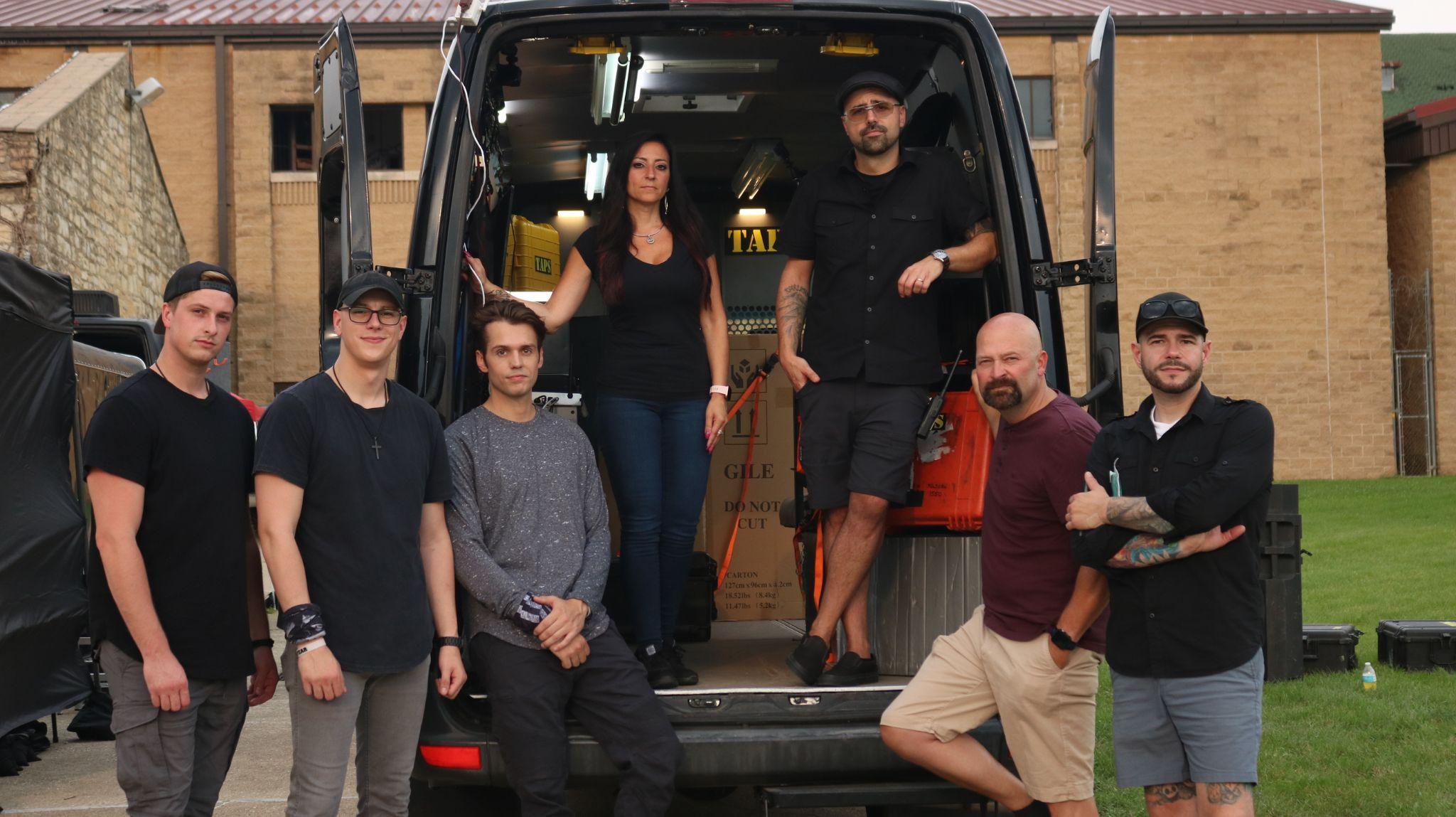 It has just been announced that the renowned paranormal TAPS team is returning for the all-new “Ghost Hunters” series this January on discovery+.

The reboot of “Ghost Hunters” follows the team as they crisscross the country searching for answers in the nation’s most haunted locations including the Old Joliet Prison in Joliet, Illinois; a haunted hotel with a dark past in Nebraska; a brewery in Pittsburgh; and a Virginia castle that might have visitors from outer space. Joining the core team are a host of experts from different paranormal backgrounds that add their own points of view and prowess to each unique case. Even the rock legend Meat Loaf joins the TAPS team on an investigation of an old haunting that is still scaring the local community.

It’s such a great feeling doing what we love together as a team and under the show name that created a genre,” said Hawes. “GHOST HUNTERS is back with the names and faces you recognize, investigating some incredible locations with new equipment and in our style.”

This whole new season of GHOST HUNTERS has some of the creepiest locations, best evidence and familiar faces that the viewers will be excited to see,” said Tango. “I’m excited for everyone to get that classic GHOST HUNTERS nostalgia they’ve been missing, but in a whole, fresh new way.”

We found ourselves in some truly frightening situations this season that helped us capture some of our best evidence to date,” added Gonsalves.

This season on GHOST HUNTERS:

Episode 1 — “The Lost Souls of Joliet”

Dakota Laden, Tanner Wiseman, and Alex Schroeder of “Destination Fear” join TAPS as they take on Old Joliet Prison. Unsettling paranormal activity has been ramping up at the now-shuttered penitentiary, and volunteers there are desperate for answers.

Satori Hawes and Cody DesBiens join TAPS for an investigation at a Nebraska hotel with a grim and grisly past. With frightening phenomena taking hold of the property, the owners need TAPS’ help to determine how safe it is for guests.

TAPS investigates a church-turned-brewery in Pittsburgh where ominous apparitions roam the floor and ghostly footsteps echo above. The team looks to an accidental death that took place on the property to help solve the mystery behind the haunting.

TAPS heads to Virginia to explore Bacon’s Castle where for centuries people have witnessed an eerie ball of light traveling around the property. UFO expert Ben Hansen joins the investigation to determine if this ghostly orb is extraterrestrial in origin.

TAPS visits a 19th-century Kentucky tavern plagued by a series of murders and suicides. The city is getting ready to reopen the building to the public, and the mayor wants to be sure that remnants of its tragic past don’t resurface as dangerous entities.

Episode 6 — “A Boy and Buried Secrets”

A Virginia winery is ripe with unexplained occurrences. Frightened by the daily disruptions and run-ins with apparitions, the owners bring in TAPS to investigate the strange phenomena to find out if it threatens the safety of family, employees, and guests.

Episode 7 — “The Haunted House on the Hill”

Rock legend Meat Loaf joins TAPS to investigate an old farmhouse in Tennessee. Rumors of terrifying activity have plagued the property for decades, but the new owners want to reassure the community that their home doesn’t harbor dangerous entities.

TAPS calls in Dustin Pari to join them in a baffling case in rural Kansas. Residents of an old farmhouse have reported unnerving paranormal activity over the past decade, and the new owners desperately need answers as to who – or what – is haunting the home.

TAPS investigates the Philip Williams House, a historic Virginia home bloodied by the Civil War and haunted by unexplained apparitions and violence. Secrets concealed beneath its floors may be tied to the extensive paranormal phenomena.

The Ghost Brothers and Dustin Pari join TAPS as the team investigates Cresson Sanitorium in Pennsylvania.

The new reboot of “Ghost Hunters” premieres on discovery+ on January 1, 2022.

← Prev: 'In The Land Of Dead Horses' is A Supernatural Western That Will Terrify And Excite You Next: See The New Images From Shudder's Horror Thriller 'The Last Thing Mary Saw' →