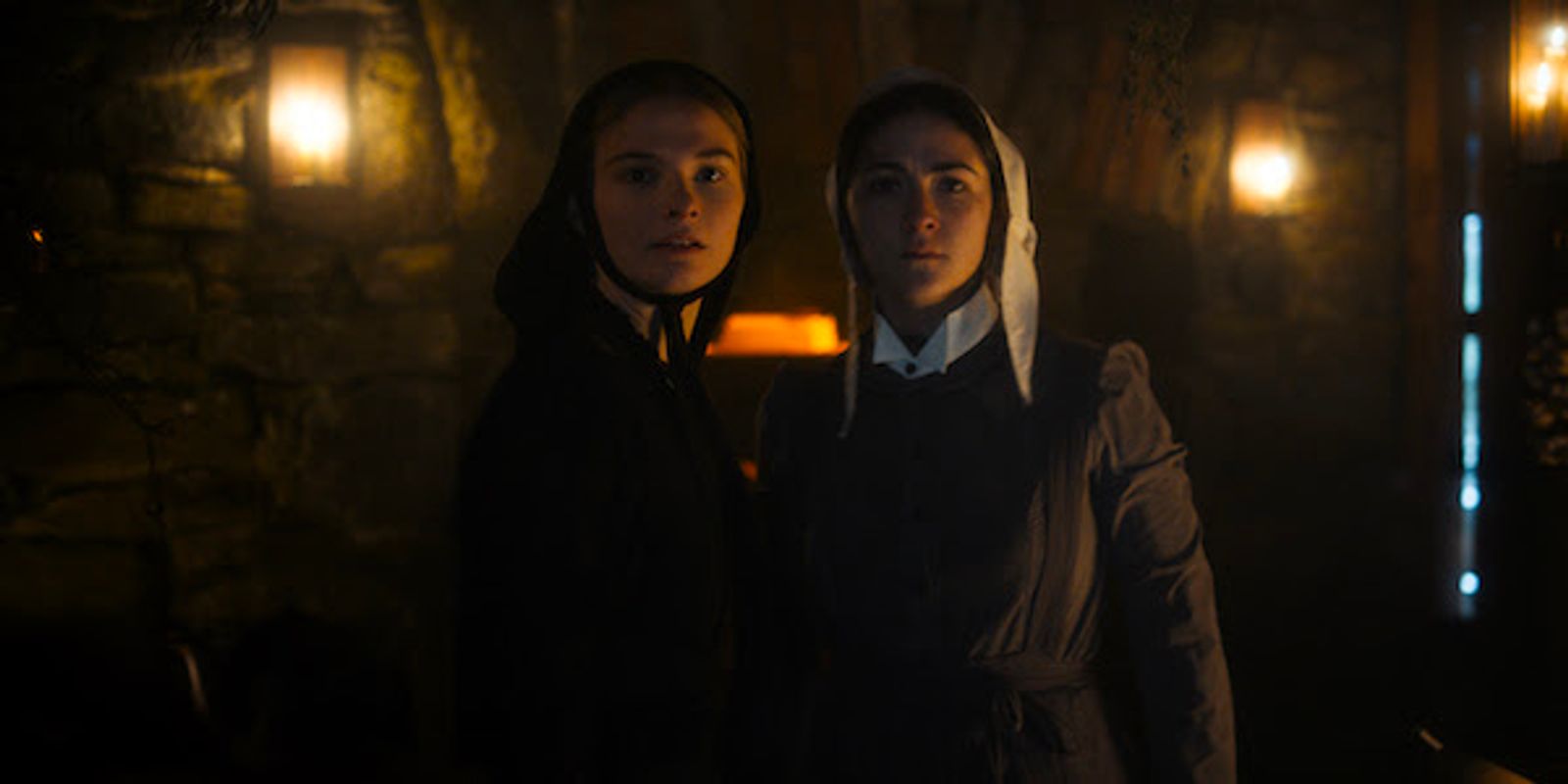 Writer-director Edoardo Vitaletti‘s feature debut, the occult horror-thriller The Last Thing Mary Saw, is heading to Shudder this January. To celebrate, Shudder has released several new images for the film.

The Last Thing Mary Saw is set in Southold, New York, in 1843. Young Mary (Stefanie Scott, Insidious: Chapter 3), blood trickling from behind the blindfold tied around her eyes, is interrogated about the events surrounding her grandmother’s death. As the story jumps back in time, we witness Mary, raised in a repressively religious household, finding fleeting happiness in the arms of Eleanor (Isabelle Fuhrman, Orphan), the home’s maid. Her family, who believe they are seeing, speaking, and acting on God’s behalf, view the girls’ relationship as an abomination, to be dealt with as severely as possible. The couple attempts to carry on in secret, but someone is always watching, or listening, and the wages of perceived sin threaten to become death, with the tension only heightened by the arrival of an enigmatic stranger (Rory Culkin, Waco, Halston) and the revelation of greater forces at work.

The Last Thing Mary Saw will arrive on Shudder on January 20, 2022. 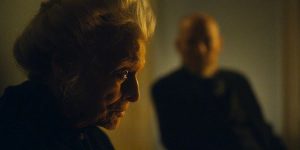 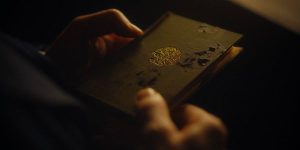 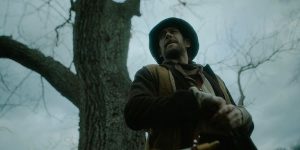 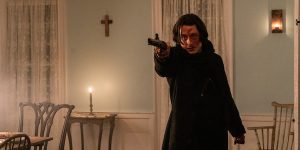