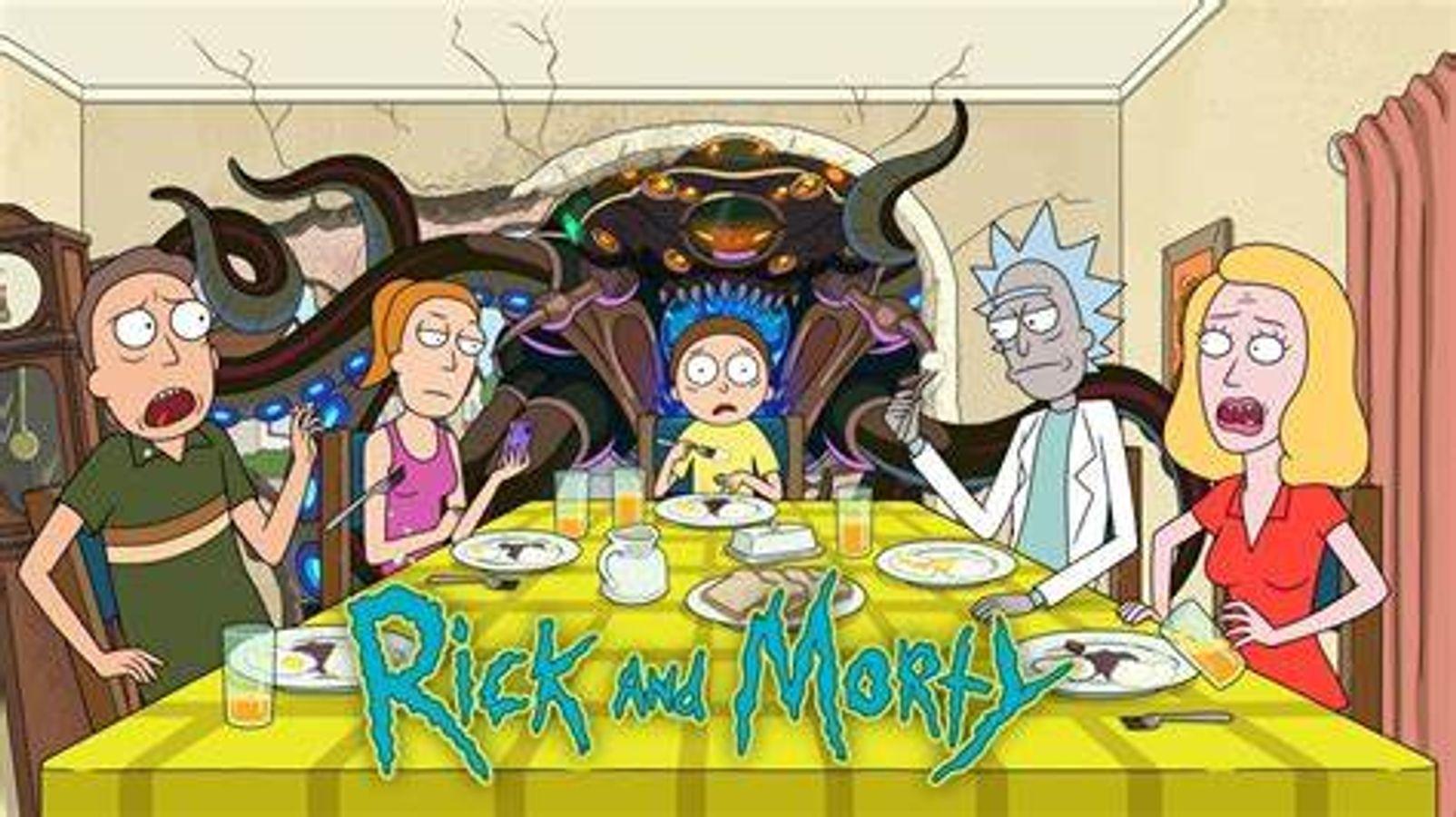 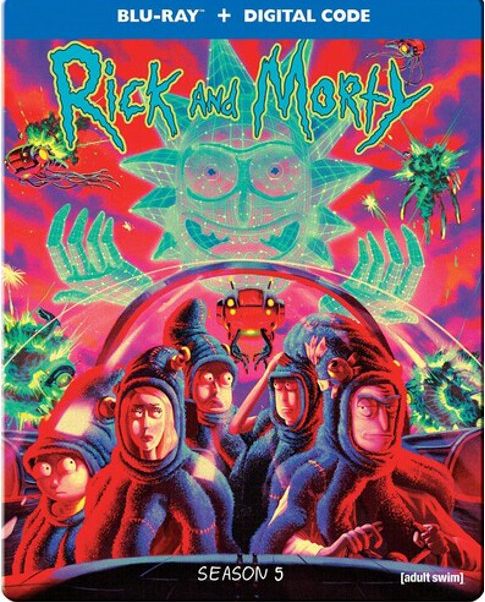 The fifth season of Adult Swim’s two-time Emmy Award-winning series “Rick and Morty” is officially out on Blu-ray and Steelbook! And I’m here to tell you what I think about it.

Rick and Morty: The Complete Fifth Season  is packed with insane action and hilarity, featuring everything from trips to outer space to Morty dating a superhero, to giant sperm, there’s not a moment of boredom to be had.

The cover of the metallic steelbook features the family aboard Rick’s spacecraft, a giant green hologram of Rick towering behind them against a red sky. Inside you will find a disc featuring all 10 episodes, one-hour episodes plus the bonus features. You will also discover the digital code and an insert with all of the episodes and special features listed (you can also find those listed here).

Season 5 kicks off with Rick facing his nemesis, an ocean-dwelling freak with a libido that’s out of this world. Next, the family sets out to kill their decoys. In episode three Morty dates a female version of Captain Planet, but things go off the rails. Next, Morty uses a machine and ends up unleashing giant sperm on the world. In the sixth episode, Jerry and Rick head off for a guy’s night with cenobites. The Thanksgiving episode unleashes mutant turkey soldiers on the world. And the seventh episode is jammed pack with action as Rick and the family build a Go Tron Ferret army. Rick attempts to repair Bird Person by entering his mind in episode eight. And the ninth episode shows Morty is still cleaning up Rick’s messes but chaos strikes when he accidentally spills portal juice on himself. The finale features Rick turning into an anime hero and possibly becoming a better version of himself. That’s a lot, isn’t it?

While season five features all of the things we love about the series, it does take on a more serious tone in scenes throughout the season, especially in the last couple of episodes. For the first time, we learn about Rick’s real backstory, and boy does it get heartbreaking and dark. It gives us more understanding of the twisted mad scientist that we all know and love, and why he is the way he is, a bit fucked up.

Morty is a little more mature this time around but still has that same big heart. We really see him struggling this season with his relationship with Rick, his family, and his place in the world/universe and it’s heartbreaking. He’s growing older and realizing that his family dynamic is screwed up and that there’s no one he can truly count on but himself. This season is going to be key for his upcoming development, his evolution. The question is, where does he go from here?

With a series this big, characters need to grow, to evolve, to keep a series going, and I can easily see that in season five. Every character is changing, but it’s not all for the better. In fact, Summer and her parents are becoming more self-involved, cold, and have developed a hunger for power that causes them to put Morty on the back burner time and time again. Let’s hope that Morty doesn’t follow the same path. Still, I can’t wait to see how the characters and show continue to evolve.

I’ve been a fan of “Rick and Morty” since day one and while some seasons make more of an impact than others, this season stands out as one of the best. There is so much emotion and depth this season. Not to mention, the stories are entertaining as hell and things get wild.

Rick and Morty: The Complete Fifth Season has a ton of bonus features that take fans behind-the-scenes to watch how the show is made, to meet the writers, and more.

This is one of my rare reviews where I can say that I wouldn’t change a single thing. “Rick and Morty” is perfection in its own twisted way. If you’re a fan, you have to pick up your copy of Rick and Morty: The Complete Season on Blu-ray. Luckily, it’s out now! For more on the series and the fifth season click here.

← Prev: CEX Publishing Partners With Lunar Distribution Next: John Legend Is Producing New A 'Phantom Of The Opera' Adaptation →