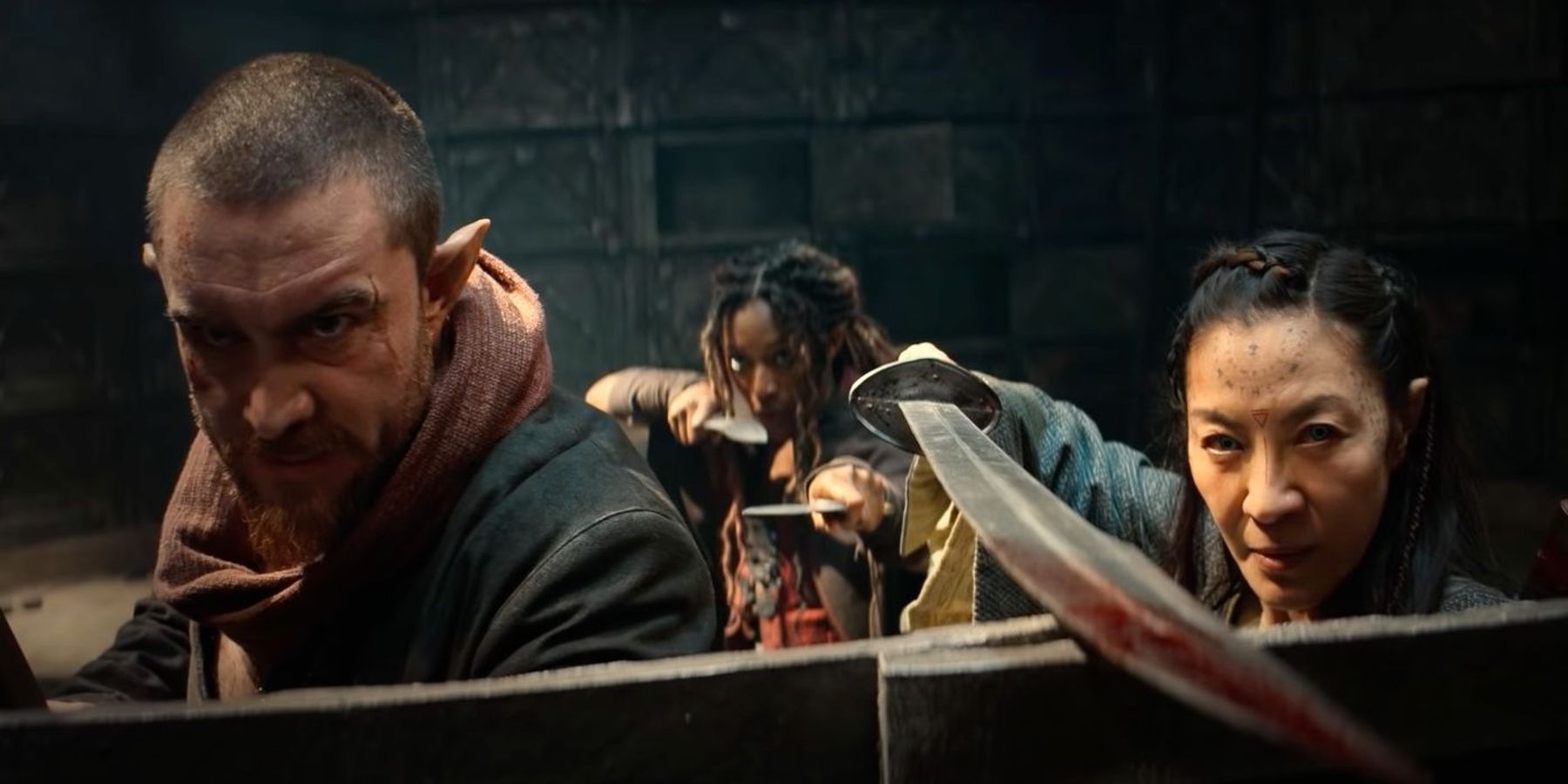 Netflix’s series “The Witcher” is a huge hit, and rightfully so. Fans will soon get more of the universe with “The Witcher: Blood Origin,” a prequel. The first teaser trailer is here giving us our first look at Michelle Yeoh, Laurence O’Fuarain, and Sophia Brown‘s characters as they battle a group of soldiers.

Set 1,200 years before the current series, “Blood Origin” will tell the creation story of the first Witcher and the “conjunction of the spheres,” when the worlds of monsters and men merged into one.

Laurence O’Fuarain (“Game of Thrones”) will play the role of Fjall, born into a clan of warriors sworn to protect the king. Fjall “carries a deep scar within, the death of a loved one who fell in battle trying to save him. A scar that won’t let him settle, or make peace with himself or the world around him. In his quest for redemption, Fjall will find himself fighting beside the most unlikely of allies as he carves a path of vengeance across a continent in turmoil.”

Michelle Yeoh (Crouching Tiger, Hidden Dragon) plays Scian, the last of her nomadic tribe of sword elves. When a chance presents itself to retrieve a stolen sacred sword from her fallen tribe, she sets out on a deadly quest.

Sophia Brown (“The Capture”) will play Elle, an elite warrior who left her clan to become a musician. However, she is forced to return to the blade in a quest for vengeance.

← Prev: "An American Werewolf In London" Getting A New Limited Edition 4K Ultra Release Next: Game Review: 'Back 4 Blood' →