Movie Review: Antlers: Was It Worth The Wait? 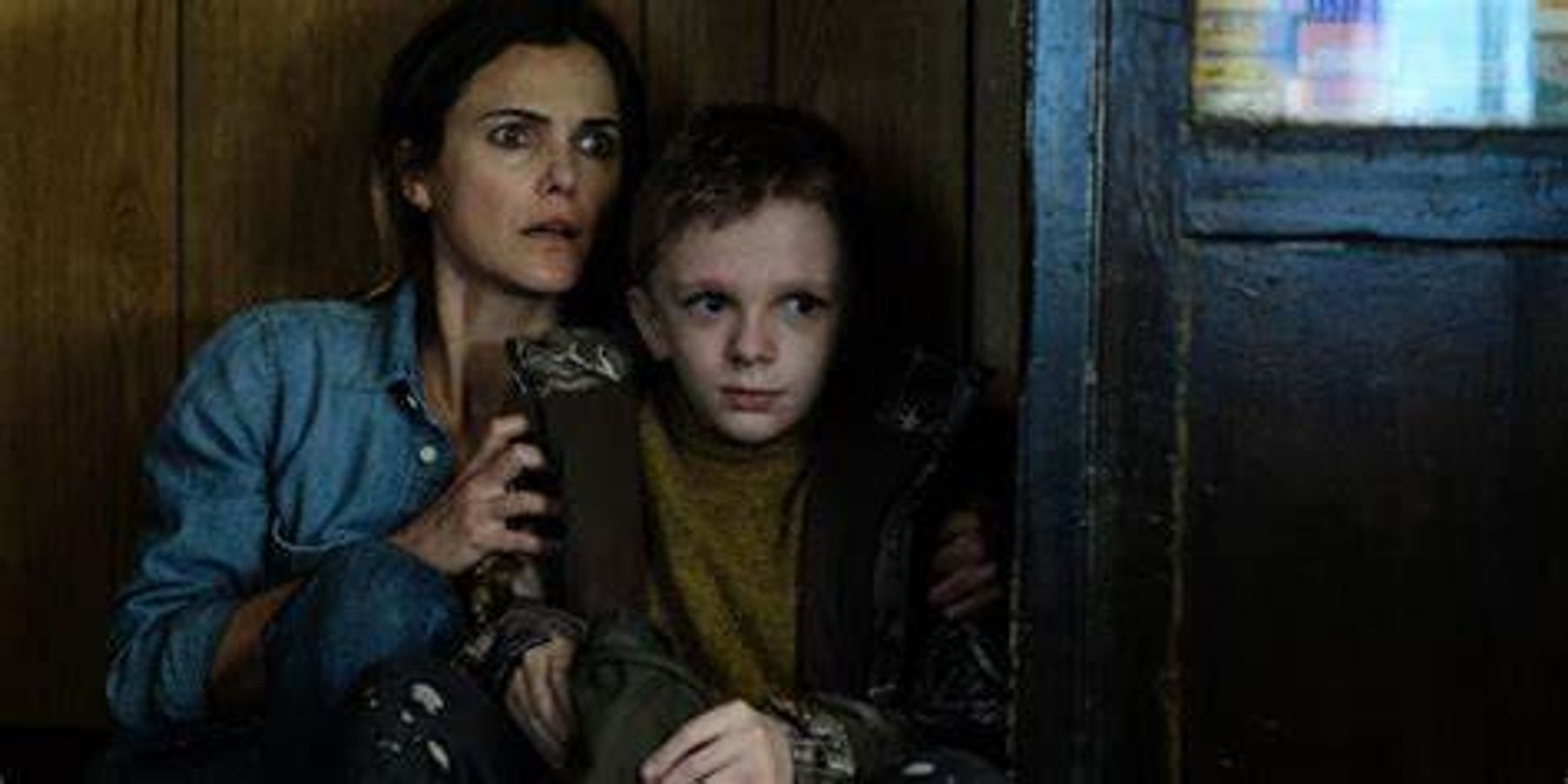 Director Scott Cooper’s highly anticipated horror Antlers got hit with delay after delay but it is finally available on VOD. The question is, was it worth the wait? I will answer that in this review.

The film centers on the 12-year-old boy Lucus, who after his father and brother come in contact with a mythological creature, a Windigo, is left to care for the two as they begin to morph into one themselves. After Lucus’ teacher notices signs of abuse she sets out to rescue the kid, not knowing what she’s about to face.

Keri Russell plays the role of Julia, the teacher who is struggling with the memories of the abuse she suffered at the hands of her father. When she recognizes the same signs in Lucus she will stop at nothing to protect him. While Keri did a fantastic job, the true star of the film is Jeremy Thomas, who plays Lucas. He is absolutely incredible. I have never been so impressed by a young actor. My god, this kid can act. The amount of pain and sadness Thomas emotes is spectacular. All I can say is wow!

The creature at the heart of the film is one from Native American lore. If you’ve never heard of them, let me fill you in. The legend on the Wendigo originated from the Cree, Ojibwe, Saulteaux, the Naskapi people, as well as the Innu tribe. The creature is a malevolent, cannibalistic, supernatural entity It is often born after humans turn to cannibalism to survive, those who have intense greed, or someone who destroys nature and the environment on a large scale. It’s huge, dark gray, or black and retains some of its human qualities such as its ability to speak. The most dangerous aspect of the entity is that its hunger is unquenchable and it craves only human flesh.

My only complaint with the film is that there are a lot of scenes set in the dark, which was a bit too dark. While this may have been a way for the director to manipulate the audience when I watch a movie I actually want to see it.

It’s important for you to know that this film is not just about monsters, it’s also about the horrors that victims of abuse experience, the determination to find healing, and empathy. It made me truly invested in its characters and their fate, something I don’t feel enough. It also goes to a dark place that a lot of films won’t dare go, especially in the final moments of the film, which I won’t spoil for you. You need to watch it for yourself.

So, back to the original question, is Antlers worth the wait? Hell yes, it is. It’s a great film that shows us something new. It’s dark, creepy, brutal, and scary, everything this horror fan was hoping it would be.

← Prev: A24 Gifts Viewers An Early Christmas Present, The Surprise Release Of 'Lamb' On VOD Next: HorrorFuel.Com's "Top 10 Horror Movies Of 2021" →