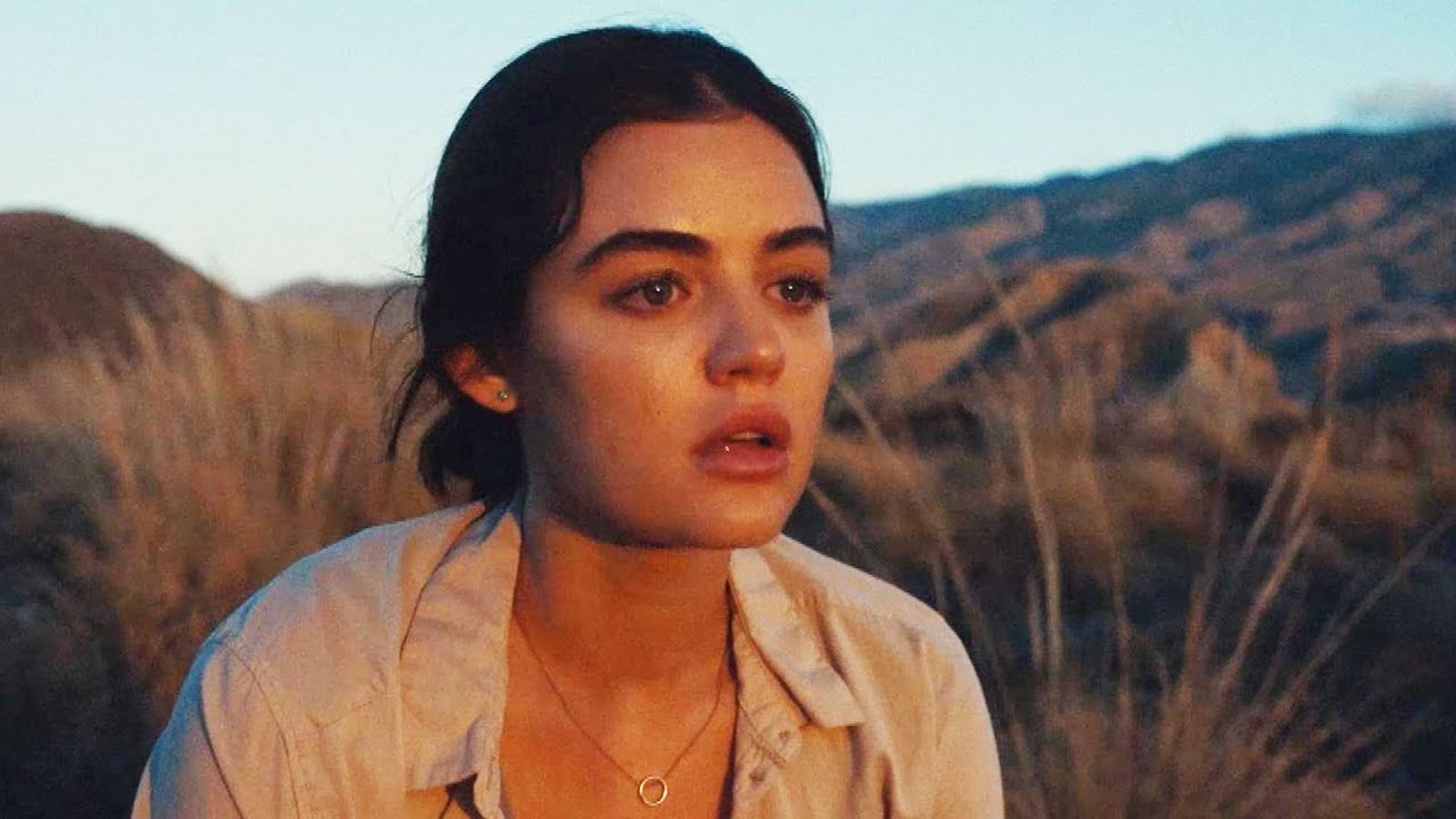 Actress Lucy Hale, who has appeared in horror films such as Truth or Dare and Fantasy Island as well as several seasons of the series “Pretty Little Liars,” fights for her life in the action-thriller Borrego, which is just days away from its release.

Hale stars as Elly, “a young botanist on a research mission gone awry. After witnessing a drug mule’s plane crash in the Borrego desert, she is kidnapped and forced on a dangerous journey to a remote drop-off point. With limited essentials and alone in the desert with her captor, desperation for survival takes hold as Elly risks her life to escape from his clutches before the trip turns deadly.”

In the trailer we see Elly trapped in the middle of a drug deal gone wrong. She must fight to survive both the drug traffickers and the dangers of the unforgiving desert. We’ve also got a brand new clip, titled “We are Going To Die Out Here,” in which Elly expresses to her captor that the desert will kill them long before the drug traffickers do.

Borrego opens in theaters and lands on Digital and On Demand on January 14, 2022, from Paramount and Saban Films.