Get Your ‘Silent Night, Deadly Night’ Tabletop Game Before The Campaign Ends 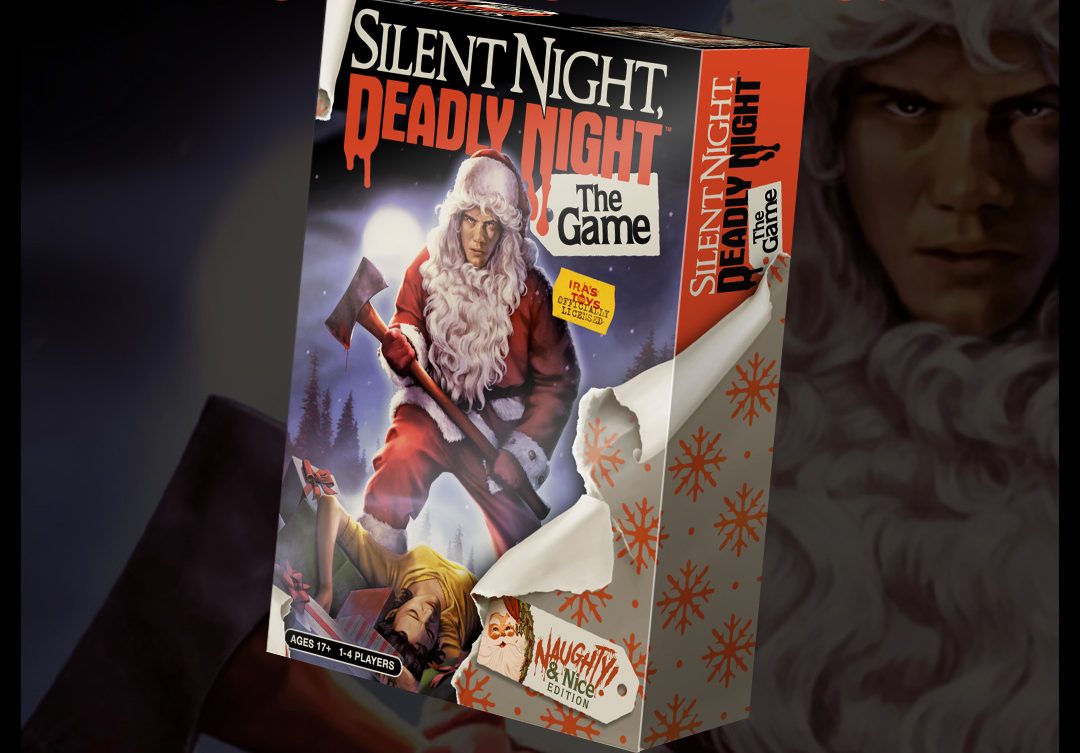 The game challenges 1 to 4 players to work as a team to stop murderous Santa Billy from reaching the orphanage. Roll the dice and make your move while Billy stalks along his path. Collect weapons, roadblocks, and snowballs to help your fight, then flick the spinner to determine your fate.

A deck of 30 action cards guarantees each game is unique, while a reversible board with a “naughty” drinking game version is available exclusively on Kickstarter. The five “kill zones” featuring new illustrations by Justin Osbourn have been revealed during the campaign, along with the box art.

All four stretch goals – metal weapons, deluxe foil treatment, dice shaker, and satin game piece sack – have been unlocked. But they’re only available to Kickstarter backers, along with such add-ons as additional character game pieces, game cards, and shot glasses.

Silent Night, Deadly Night: The Game will come down the chimney in time for Christmas 2022. Get yours before the campaign ends on January 13th (here)! 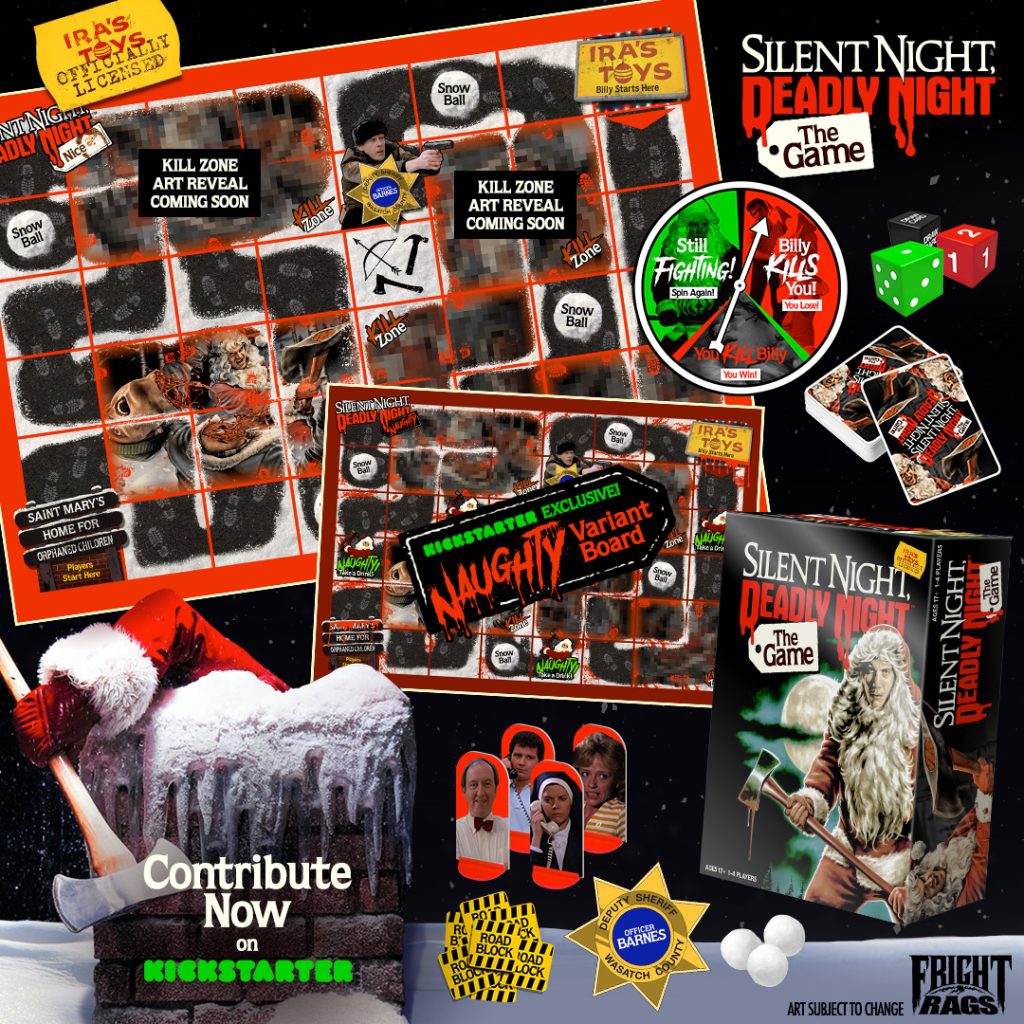 ← Prev: New Trailer Explores 'What Happened At 625 River Road' - Based On True Events Next: Netflix Quietly Releases The Nightmare Inducing Horror 'The Wasteland' →