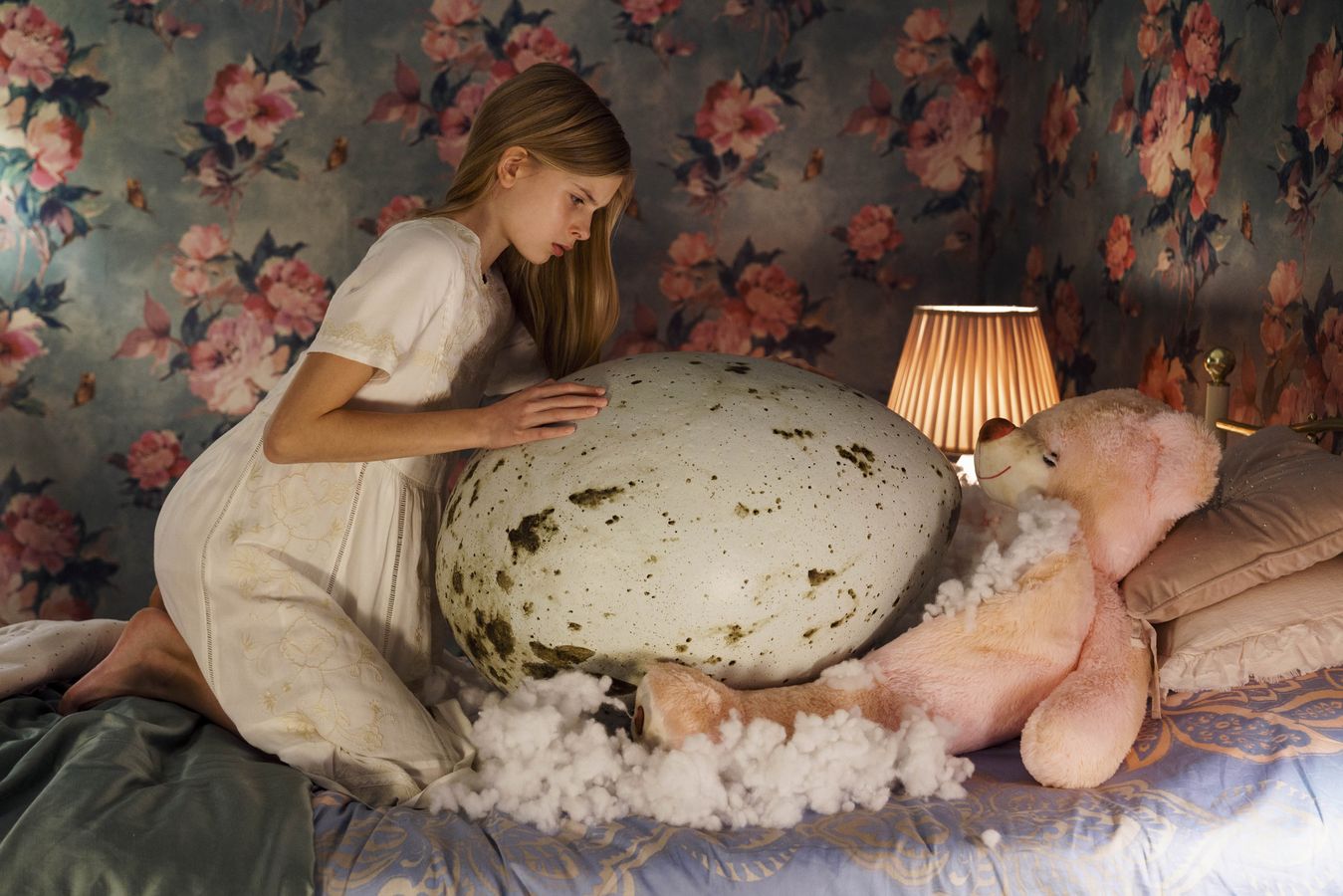 IFC Midnight has just given birth to the unsettling trailer for Hatching which gives off seriously creepy vibes as we watch a little girl caught between two monsters, one being an actual monster and the other being her mother.

In the film, 12-year-old gymnast, Tinja (Siiri Solalinna), is desperate to please her image-obsessed mother, whose popular blog ‘Lovely Everyday Life’ presents their family’s idyllic existence as manicured suburban perfection. One day, after finding a wounded bird in the woods, Tinja brings its strange egg home, nestles it in her bed, and nurtures it until it hatches. The creature that emerges becomes her closest friend and a living nightmare, plunging Tinja beneath the impeccable veneer into a twisted reality that her mother refuses to see.

Hatching will make its World Premiere at Sundance before opening in theaters and landing on Digital and VOD on April 29, 2022.