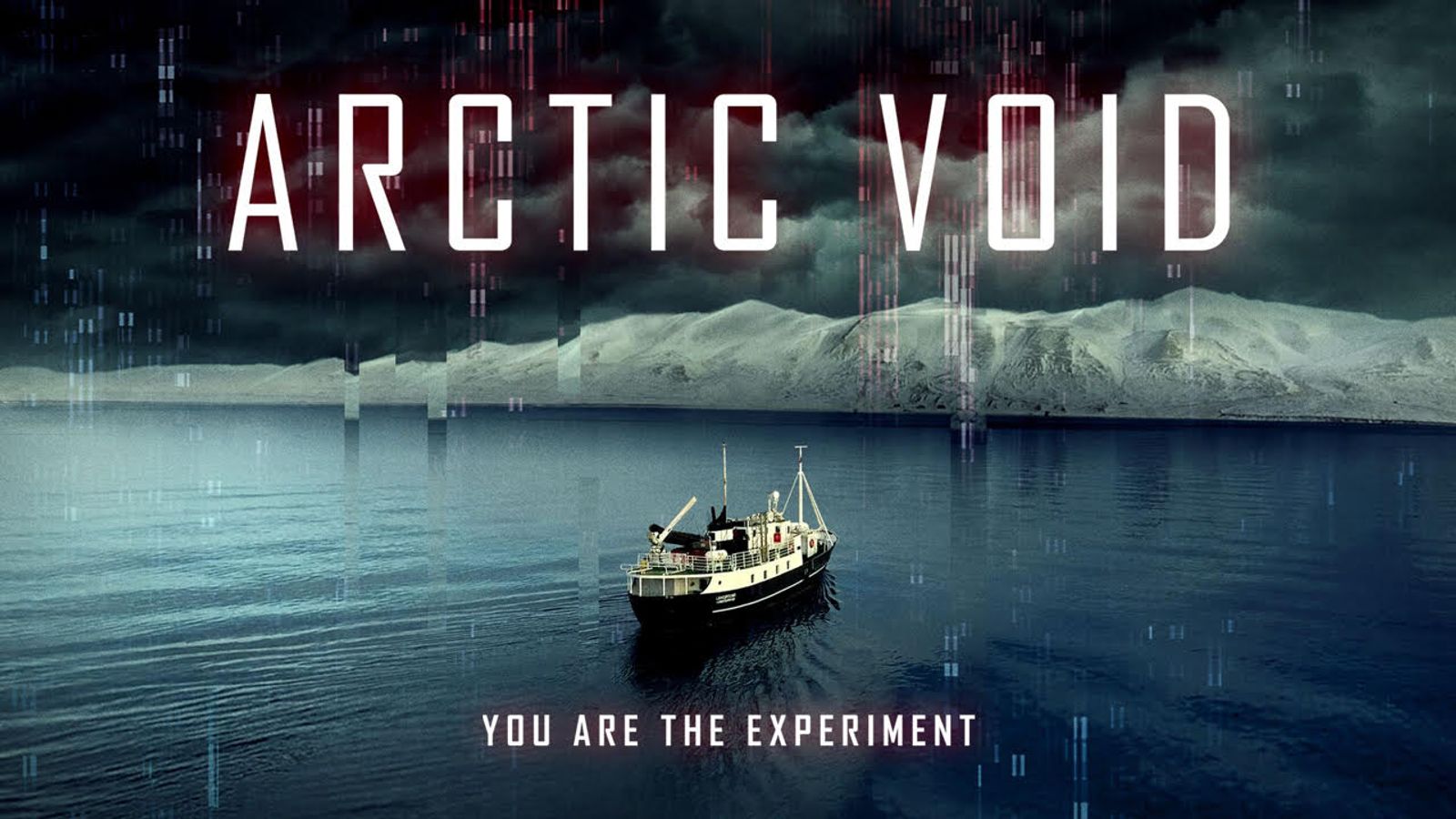 From Emmy-Award nominated director Darren Mann (This Cold Life) comes the sci-fi survival thriller Arctic Void, written by Michael Weaver (Diary of a Future President, Ouija: Origin of Evil). And it’s out today just in time for the weekend.

In the film, “When almost everyone vanishes from a tourist ship in the Arctic, fear becomes the master for the three who remain. Forced ashore and alone in the elements, the men deteriorate in body and mind with the clock now ticking on their survival. In the end, a dark truth emerges that forces them to ally or perish.

Arctic Void is the story of childhood friends, Ray Marsh and Alan Meursault, in the far north to make an episode of their modestly popular travel and nature show, Vagabond. Since their regular cameraman fails to get a visa, they’re joined by local hire an ex-pat, Sean Tibbets.

What starts as a once-in-a-lifetime day cruise quickly descends into madness as all but the three of them vanish from the boat. Left alone in the elements, the clock now ticks on their survival. The unexplained disappearance casts cerebral family man Alan into an existential crisis. On top of this, his health is declining rapidly for reasons beyond anyone’s understanding.”

Grant Myers (“Behind the Music”) and Michael Weaver produces Arctic Void, out in theaters and arriving on VOD on January 14, 2022, from Level 33 Entertainment.