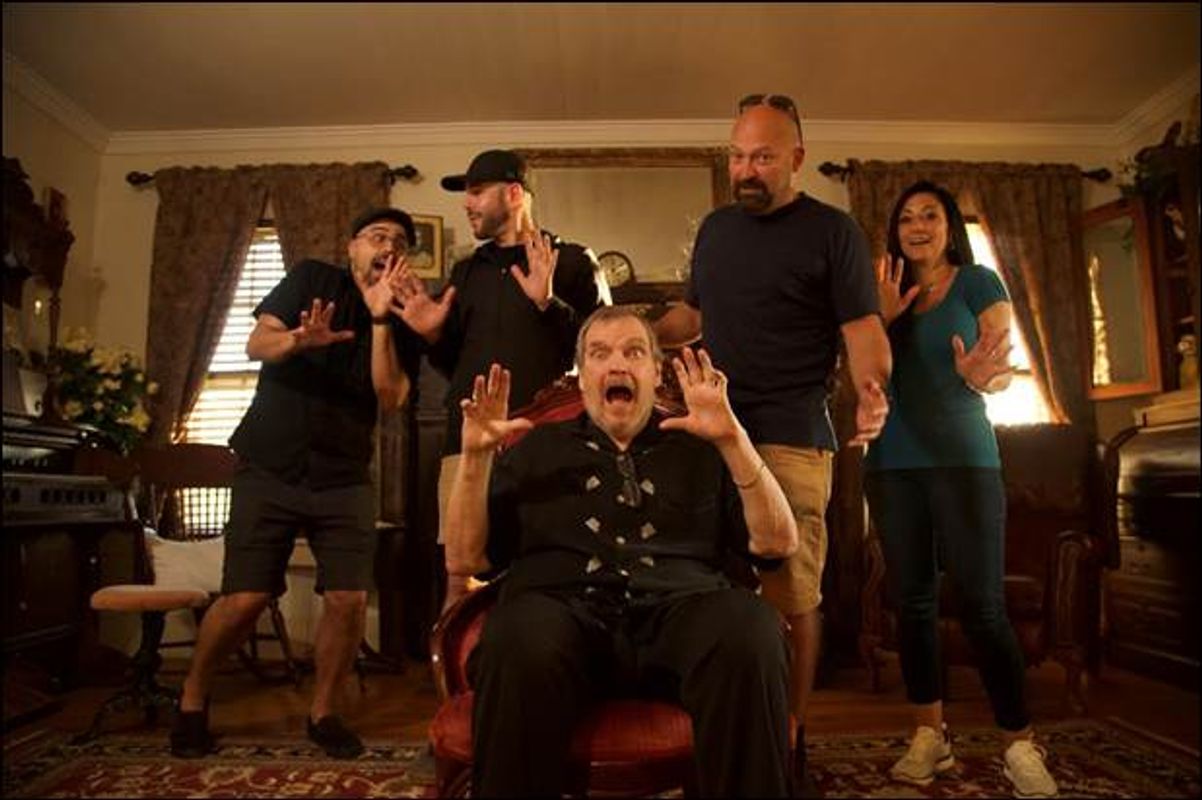 In one of his final appearances, the late rock legend Meat Loaf, joined the “Ghost Hunters” team to investigate “The Haunted House on the Hill,” premiering February 12th, only on discovery+.

No stranger to the paranormal, the late rock legend Meat Loaf first joined the “Ghost Hunters” on an investigation in 2009 and has worked with the TAPS team on numerous investigations since. The “Bat Out of Hell “singer and longtime friend of Jason Hawes, joined TAPS for a final time in September 2021 to investigate an old farmhouse in Tennessee. Rumors of terrifying activity have plagued the property for decades, but the new owners want to reassure the community that their home doesn’t harbor dangerous entities.

Original “Ghost Hunters” members Jason Hawes, Steve Gonsalves, and Dave Tango, along with Shari DeBenedetti, reunite to revisit their most chilling cases and investigate disturbing new hauntings. Armed with state-of-the-art technology, their proven methodology, and special guest investigators, TAPS tackle disturbing paranormal activity head-on, leaving no stone unturned to reach the dead among the living. The reboot follows the team as they crisscross the country searching for answers in the nation’s most haunted locations. Joining the core team are a host of experts from different paranormal backgrounds that add their own points of view and prowess to each unique case.