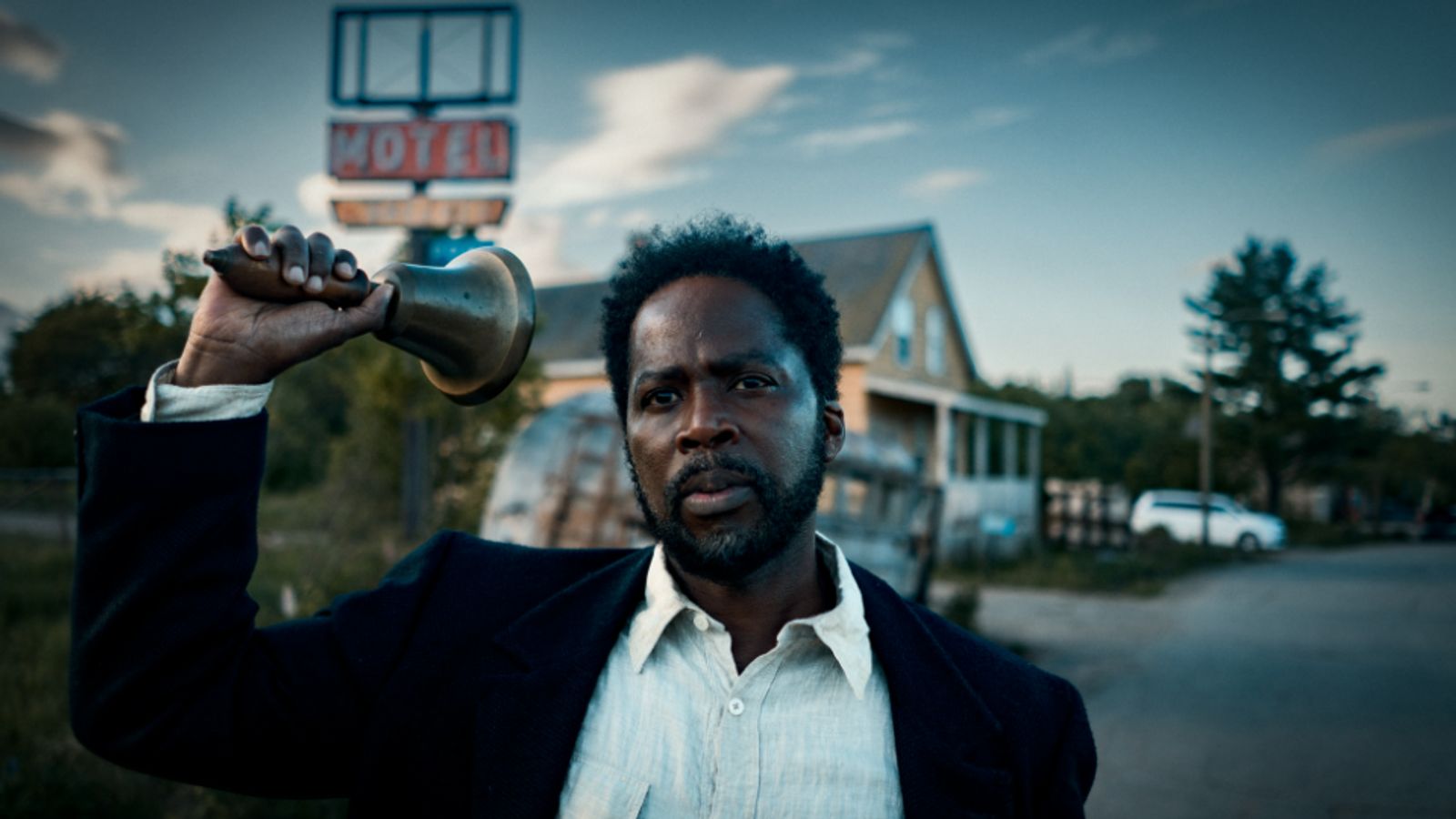 EPIX’s new sci-fi horror series “From” makes its premiere this weekend and it’s a must-see! In fact, I called it “one of the best new series of the year,” in my review.

Starring Harold Perrineau, Catalina Sandino Moreno, and Eion Bailey, the series finds a family stuck in a time loop and forced to acclimate to a town made up of stranded travelers. Just when they think things couldn’t get any worse, they discover that when the sun goes down and terrifying monsters come out to hunt.

During my interview with Harold Perrineau, he explained one of the things that make the creatures so terrifying.  “They just walk because you know why? You’ve got nowhere to go. That’s scary.”

Eion Bailey had a lot to say about the series in our interview and described his character, Jim, as “a reasonable man who is very inquisitive and extremely determined.”