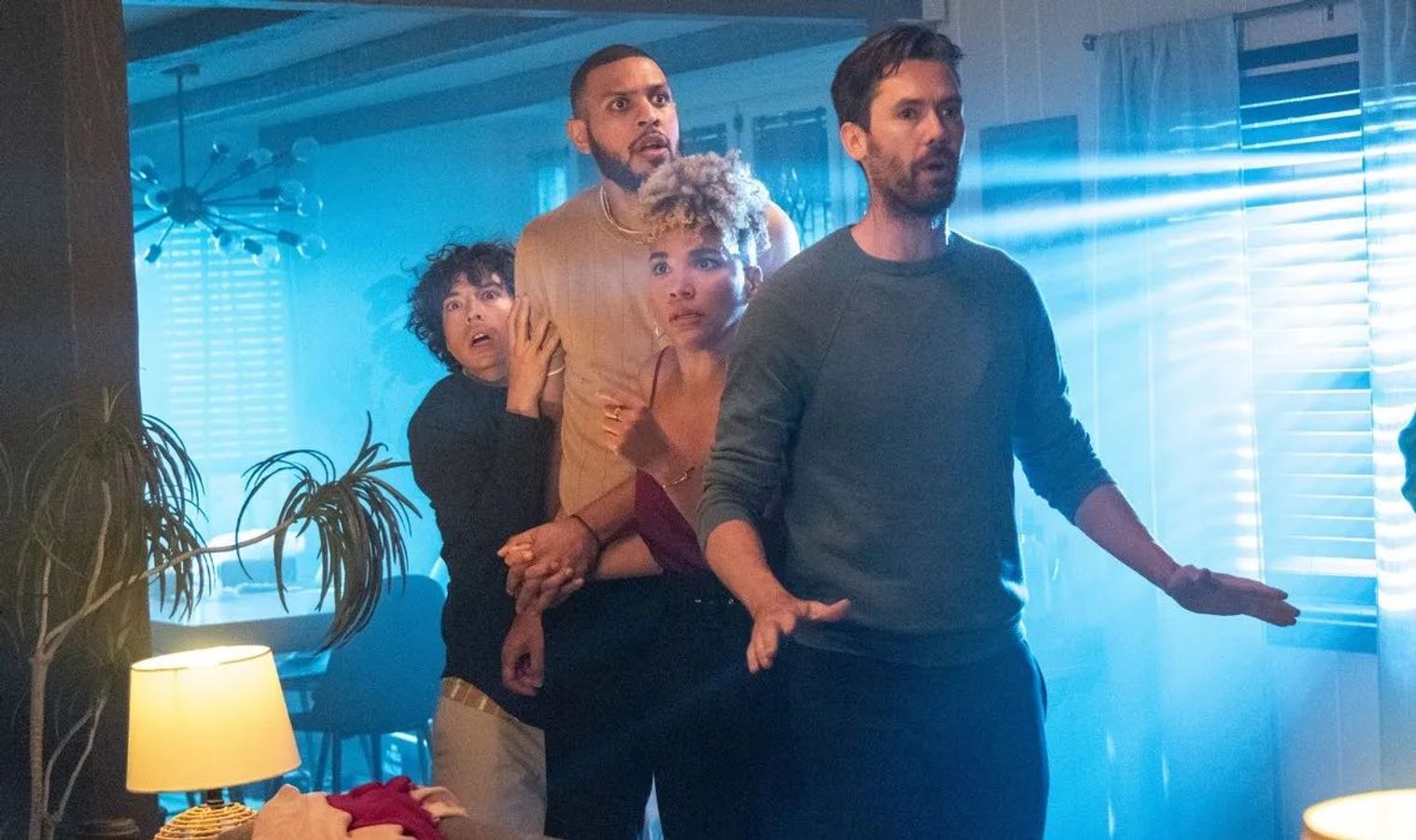 XYZ Films has just unleashed the trailer for Gatlopp, a paranormal horror-comedy from director Alberto Belli (The House of Flowers) and writer Jim Mahoney (Klaus) who also has a reoccurring role on “The Orville”.

Starring Jim Mahoney, Emmy Raver-Lampman, Sarunas J. Jackson, Jon Bass, Shelley Hennig, John Ales, and Amy Davidson, the movie centers on, “A group of old friends reunites for a nostalgic evening of fun and games after a decade apart. After one too many, they decide to play a drinking game, but it’s quickly revealed that this game comes with supernatural stakes. Mischief leads to mayhem, and the group realizes that if they can’t come together to win the game by sunrise, they will be forced to play for eternity – in hell.”

The hilarious supernatural film, Gatlopp, lands on Digital and On Demand on June 16, 2022, from XYZ Films.