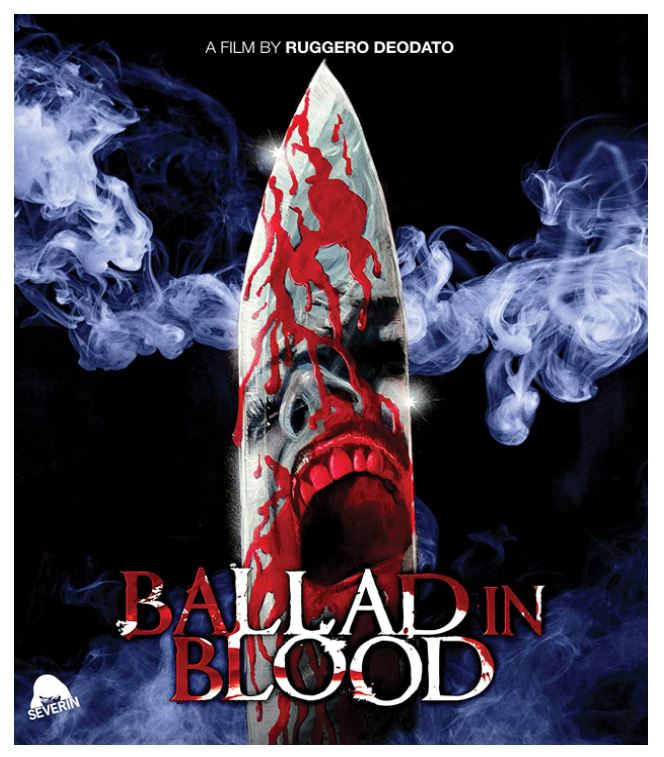 Cannibal Holocaust’s maestro of mayhem Ruggero Deodato is back baby! Well, he was in 2016, and after a decades long hiatus from fright flicks and sleaze he just went right the fuck ahead and dove into the deep end of the putrid pool… and let me assure you, the old chap hasn’t lost a single beastly beat!

Anyway, ol’ Elizabeth was recording a whole light of the previous night’s raunch on her phone, and soon the friends are desperate to not only get read of that footage and corpse combo, but they also have the admittedly Herculean task of using their drug battered brains to figure out just what the fuck went down!

Look, Ballad in Blood isn’t Deodato’s masterpiece… not by a longshot, but when it comes to the ghoulish goods, the man still knows his shit, and let’s be honest that is exactly what you came here for!

As our “mystery” unfolds… sometimes a tad on the uneven side to be honest, the camera takes in a whirlwind of puke, sex, piss, blood, violence (sometimes simultaneously) and oh so many more from the catalog of Exploitation Greatest Hits in a manner seldom seen these days, and it’s refreshingly grimy and “wrong” … and shown in crisp digital clarity which gives the proceedings a suitably cold ambience.

Worthy of a mention is that all the mayhem above is scored by legendary composer Claudio Simonetti (we’ll go with Demons here, but seriously my man has scored dozens of your fav Italian nightmare machines), and as you would imagine the score is rather tight and outta sight!

So that’s the flick itself, but our work isn’t done here because along with the mutilating main event, Severin have included a murderer’s row of bonus material on this Blu-ray release!

Kicking things off we get interviews from Deodato (wherein he lats down what it took to bring this new(er) vision to the screen), Nina Burleigh (the New York times Bestselling author of The Fatal Gift Of Beauty: The Trials Of Amanda Knox who discusses the events the film is based on in detail), film historian Fabio Melelli (who also goes in to detail about the case), actress Noemi Smorra, and executive producer Raffaele Mertes.

Following that we get a behind the scenes featurette and a duo of trailers.

To put a beastly bow on it, Deodato once again presents a demented grand guignol filled with all of the nasty unpleasantness that you can imagine which will ensure that horror hounds will lap this up with wickedly wild abandon!