The Definition Of Insanity: Game Review Of ‘Source Of Madness’ 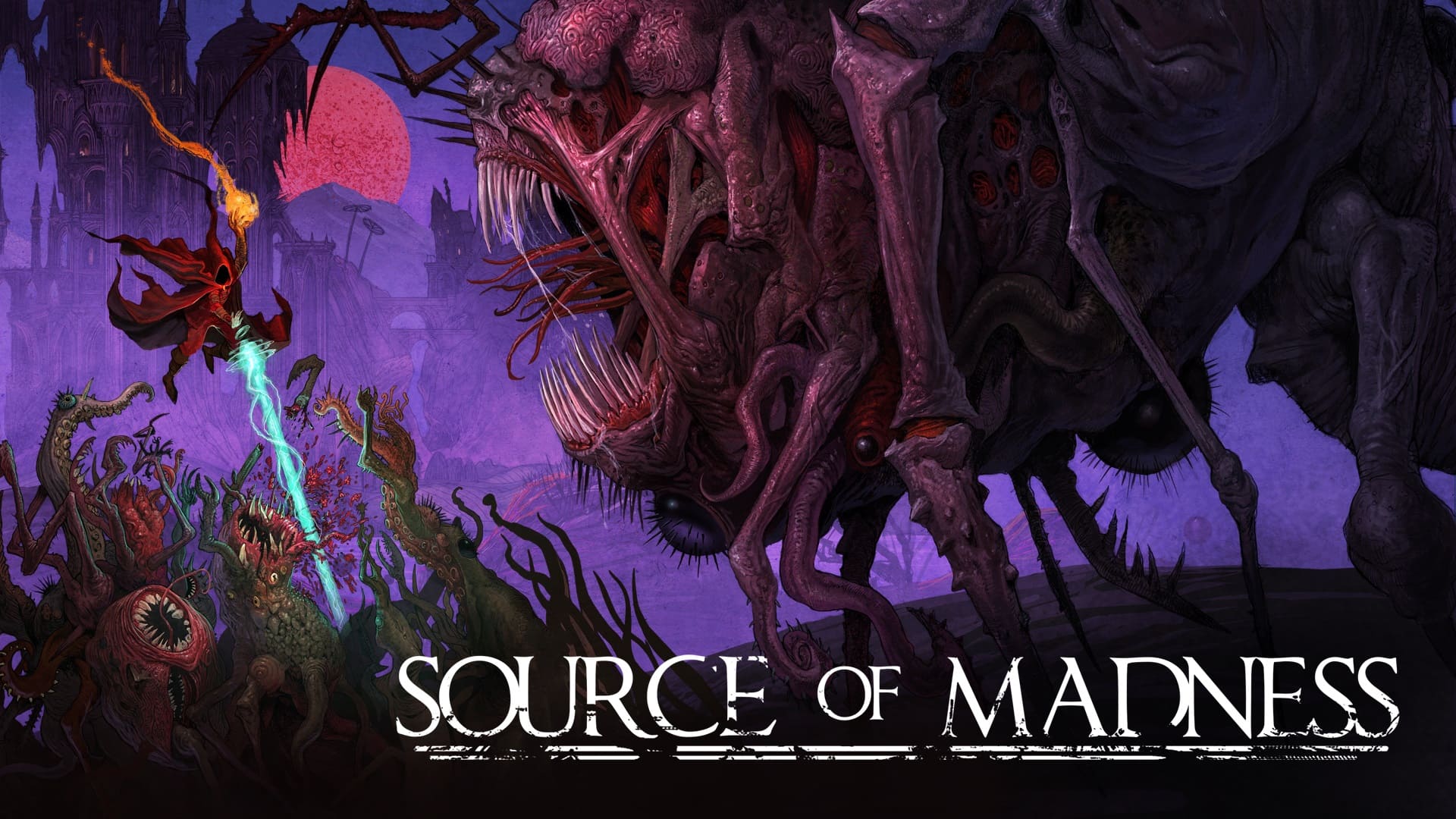 Narcotics Anonymous said in 1981 “Insanity is repeating the same mistakes and expecting different results.” before it was famously misquoted saying that it’s “doing the same thing over and over”, either way, the point is repeating things with the hope of a different outcome is insane. The subject of this review is a perfect example of that thanks to Thunderful & Carry Castle’s Lovecraftian game Source of Madness.

Source of Madness is a side-scrolling action RPG that takes players into a world being twisted by cosmic horrors from beyond the stars. Players take on the role(s) of an acolyte of a cult venturing into the twisted landscapes of different biomes to find the source of the growing madness taking over your world.

Now onto the game itself! the controls for Source of Madness are straightforward and thankfully limited allowing you to master it quickly and respond very well. The game’s sound design is amazing with the roars of the monsters, the sound effects of your weapons, the environment, and interactions with others, headphones are definitely a must for this one.

The art of Source of Madness is what really sells it to me. The art of the backgrounds that bring the haunting world to life, the design of the acolytes, and the look of the procedurally-generated monsters are the stuff of fever dreams as they’re more interesting and cool to see than invoking fear.

Gameplay is fun but be warned as I mentioned at the start about the definition of insanity. I should say right away that you should not get attached to any one acolyte as they are going to die. As you play, after you defeat enemies you collect blood which is used at the start of each run to unlock new skills or weapons, larger (mini-boss) enemies grant you Evenstars that you can use to unlock other skill trees to help you last longer in the world. 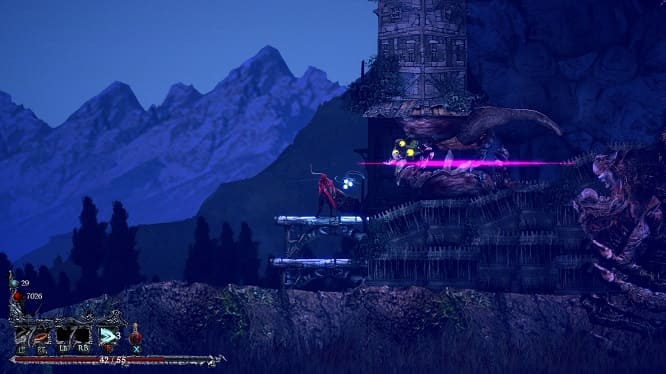 With each death of an acolyte you then start over with a new one that you can choose from, each has its own perks and start off with a different weapon but as you play you can pick up new ones OR buy new ones with gold that you also recover but will lose upon death. Sadly yes it’s true what I said at the start of this paragraph, after every death you start all over from the very beginning which can be kind of stressful especially if you’re having a good run.

Overall my experience of playing hours of Source of Madness was both fun and aggravating. This is not on the level of a souls game where you can lose everything as you really don’t have anything to start off with and the farther you go you gain more gold to buy upgraded weapons and perks Or pick them up from fallen enemies or find treasure chests in the world, but the blood you earn you keep even after you die, but the constant restarting and repetitive nature of the game can make it lose its charm as you really have to grind hours of gameplay in order to earn enough evenstars and blood to unlock new skills and weapons.

Source of Madness is the definition of insanity that fans of Lovecraftian games will enjoy on a lazy afternoon if they have time to kill. On my scale of 1-10, Source of Madness is a 7 as the story intrigues you with a stunning world brought to life with amazing art, smooth animation, a mysterious soundtrack, and great sound effects, but the repetitive nature of repeating levels over and over may cause some gamers to rage quit as earning enough to unlock new perks to help advance the story may take a lot longer than some are willing to wait for.

Source of Madness is out today for PlayStation 4, PlayStation 5, Xbox One, Xbox Series X/S, Nintendo Switch, and PC.