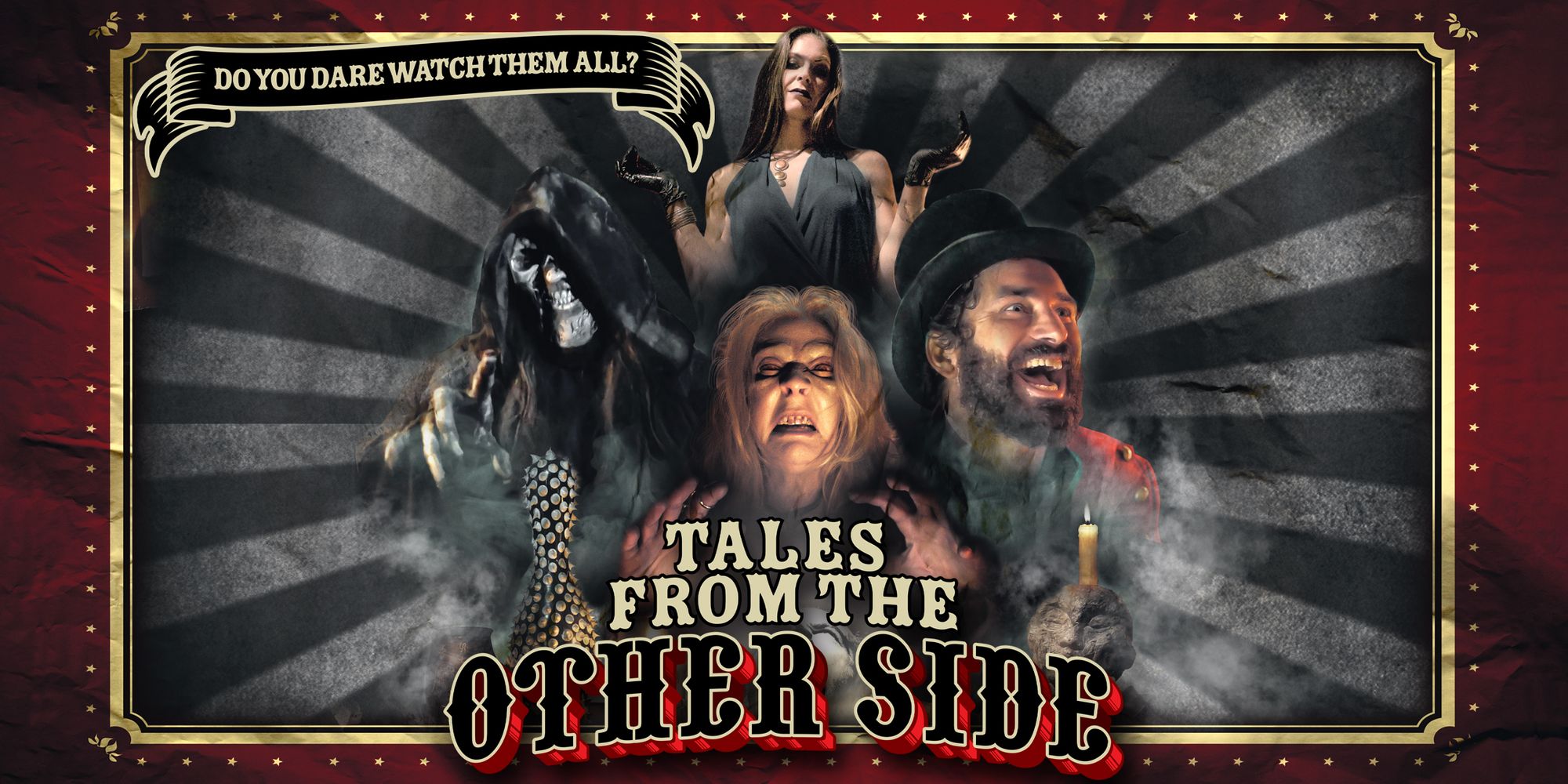 Witness a night of terror in the horror anthology Tales From the Other Side, whose release date has just been announced by Uncork’d Entertainment. Featuring genre staples James Duval (Go, The Doom Generation) and Vernon Wells (The Road Warrior, Weird Science), the movie is headed your way this summer.

In the anthology, three kids want to have the most legendary Halloween night ever. Their trick-or-treat adventure brings them to the home of the local town legend “Scary Mary”. Is she as terrible as the legends say? One thing is for certain, she knows just the right tales to give these three kids the scare of their life. Sharing six unique stories that lead the children down a mysterious path to the unexpected.

The film, which plays off of the popular theme of kids seeking danger and biting off more than they can chew, was written by Gordon Bressack, James Cullen Bressack, and Zack Ward. Directors include Pablo Macho Maysonet IV, Jamaal Burden, Scotty Baker, Jacob Cooney, Lucas Heyne, Kern Saxton, and Frank Merle.

“Gordon, James, Zack and the writers have crafted some very fun, extremely frightening tales.” said Keith Leopard, President Uncork’d Entertainment. “If you enjoyed Trick r’ Treat and Creepshow, this should be atop of your must-watch list come June”.

Producer James Cullen Bressack negotiated the deal on behalf of the film team with Keith Leopard of Uncork’d Entertainment.

Tales From the Other Side will be released on digital and DVD on June 7, 2022.