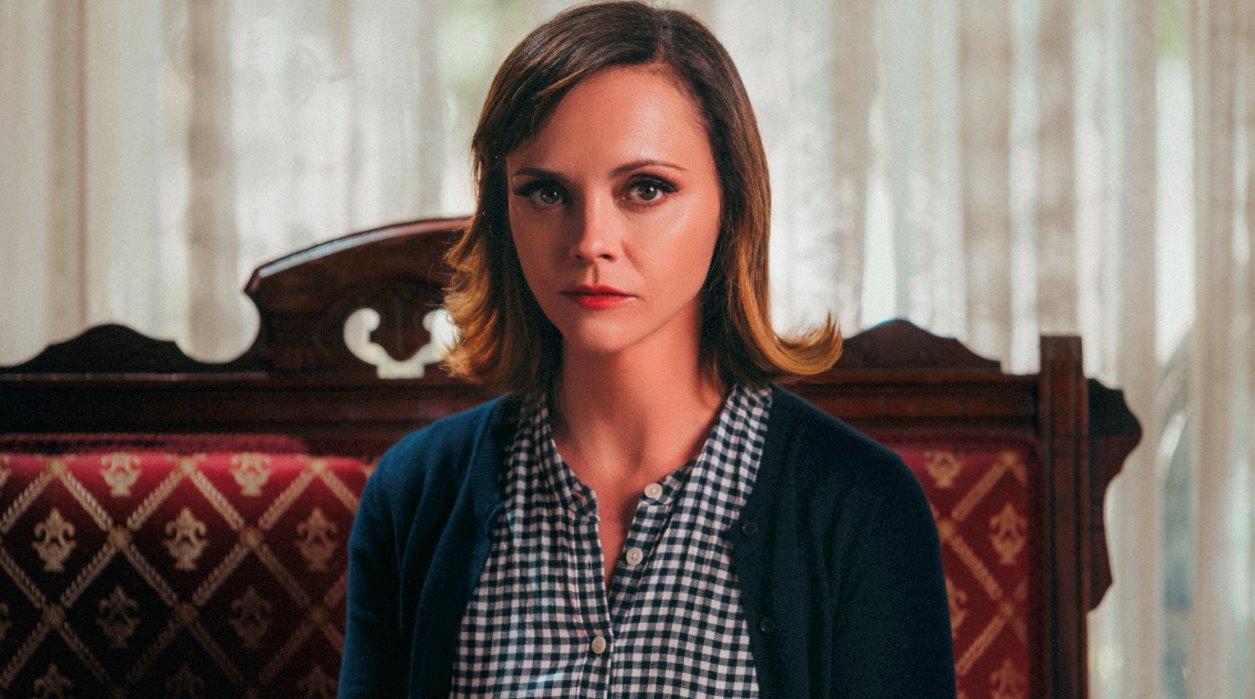 Fresh off her role in the series “Yellowjackets”, Christina Ricci stars as Laura, a mother fleeing her husband. After relocating to a new beautiful home complete with cheery wallpaper and a picturesque lake, things soon take a dark turn when an entity sets its sights on the family.

From All Cheerleaders Must Die director Chris Siverston, comes this dark tale about desperation, pain, and coming to terms with the past. In a way, the entity, a black entity that emerges from black goo to harass the family serves as a representation of Laura’s pain and guilt.

Christina Ricci, where to start? I’ve long been a fan. She’s given so many amazing performances, but in the case of Monstrous, her performance is over the top, almost coming across as silly. While Ricci’s character is out to protect both herself and her son, she also seems a bit neglectful, never taking what her son is saying seriously.

The story has issues. It is predictable, slow, and shallow at points, and unfortunately, it is at no point is it scary. But Monstrous isn’t all bad.

The movie is meant to be a period piece set in the 1950s. The costumes are on point, along with the soundtrack which has a running theme of dreams.

As for the entity that stalks the family, the creature’s design wasn’t great. It didn’t look good. It looks cheap and it wasn’t scary.

The ending didn’t leave me impressed. It almost felt anti-climatic. But Monstrous isn’t a horrible movie, it’s just not great. But you can judge it for yourself, it’s out in theaters and available On-Demand come May 13, 2022.

← Prev: Celebrate "Halfway To Halloween" With The Horror Anthology 'Tales From The Other Side' Next: Hot New Adaptation Of Stephen King's 'Firestarter' Is Out Today! →