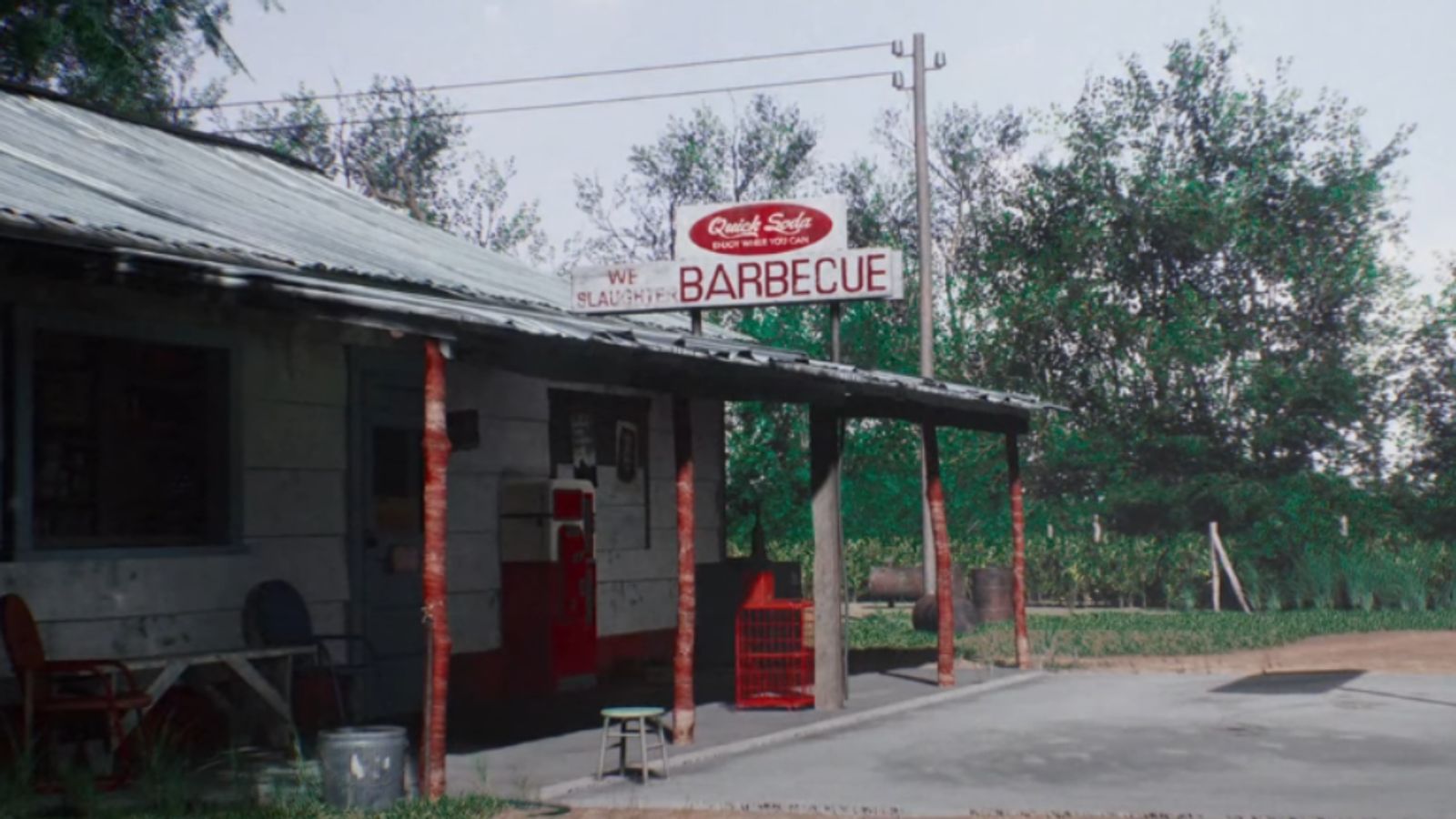 Gun Interactive (Friday the 13th: The Game) is gearing up for their The Texas Chain Saw Massacre video game. The new trailer (via IGN) compares the 1974 original film and the game that will make you feel like you’ve stepped right into Tobe Hooper’s classic.

Like their impressive Friday the 13th: The Game, Gun Interactive has recreated locations from the movie right down to the most minuscule details. There is no doubt this game will leave your jaw on the floor. It’s so realistic that it’s scary.

Featuring classic characters from the movies as well as new ones, the game is a prequel to the 1974 movie with Kane Hodder playing Leatherface, and Ed Neal, the original hitchhiker from the original movie, will be reprising his role.

In the game, “a group of five young adults led by Ana Flores set out to search for her missing sister. What they found was terror beyond their wildest nightmares.”

← Prev: Tyler Hoechlin Among Returning Cast For The 'Teen Wolf' Movie Next: Horror Anthology "13 Slays Till X-Mas' Slashes Its Way Onto Tubi! →