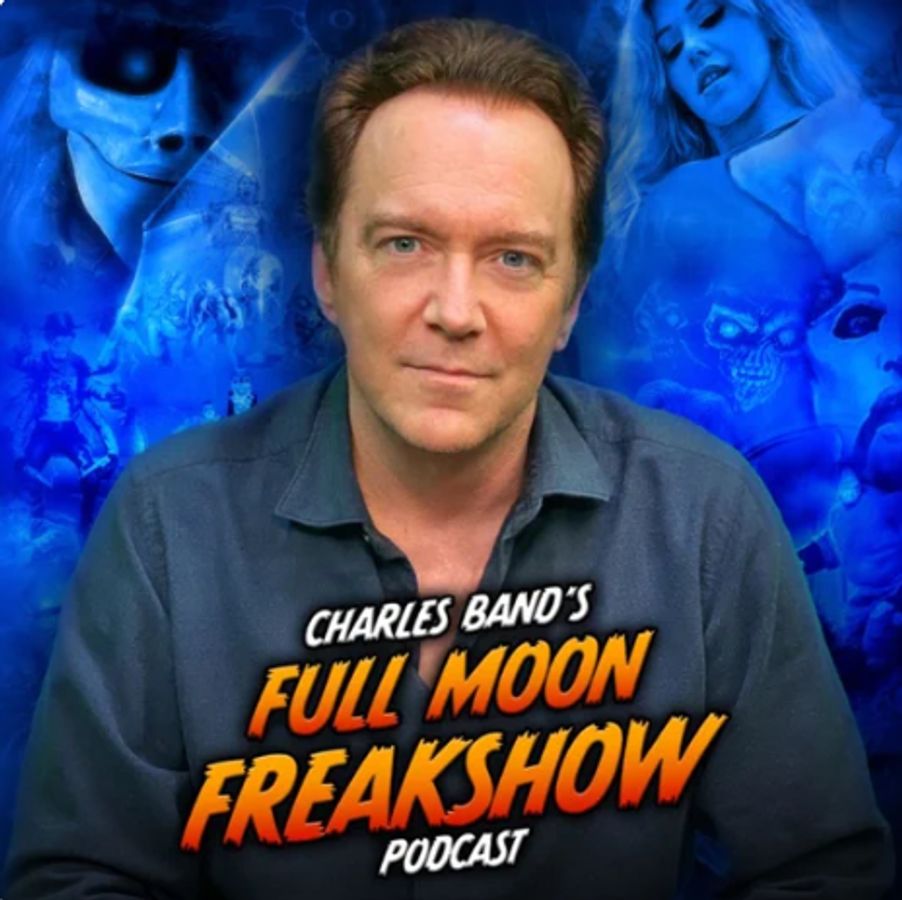 This week, for its first ass-kicking episode, Charlie welcomes his old pal, the iconic director and composer John Carpenter (Halloween, The Thing, Escape From New York) for an intimate, revealing, relaxed, and often hilarious, candid conversation. Some folks might not know that Carpenter – under the nom de plume John T. Chance – served as editor of Charlie’s first feature film, 1973’s softcore comedy Last Foxtrot In Burbank. The stories these two titans share will leave your jaw properly dropped!

When it comes to the horror genre, well any genre for that matter, you won’t find any filmmaker more prolific than Charles Band, owner of Full Moon Features. With over 333 titles under his belt (yes you read that right) the man is a legend and is behind classic horror movies like Castle Freak, and franchises like Puppet Master, Subspecies, and Demonic Toys.

← Prev: Get A Limited Edition Poster When You Buy Ti West's 'X' On Blu-ray Next: Horror Fuel Announces Winners Of 'Firestarter' Giveaway! →