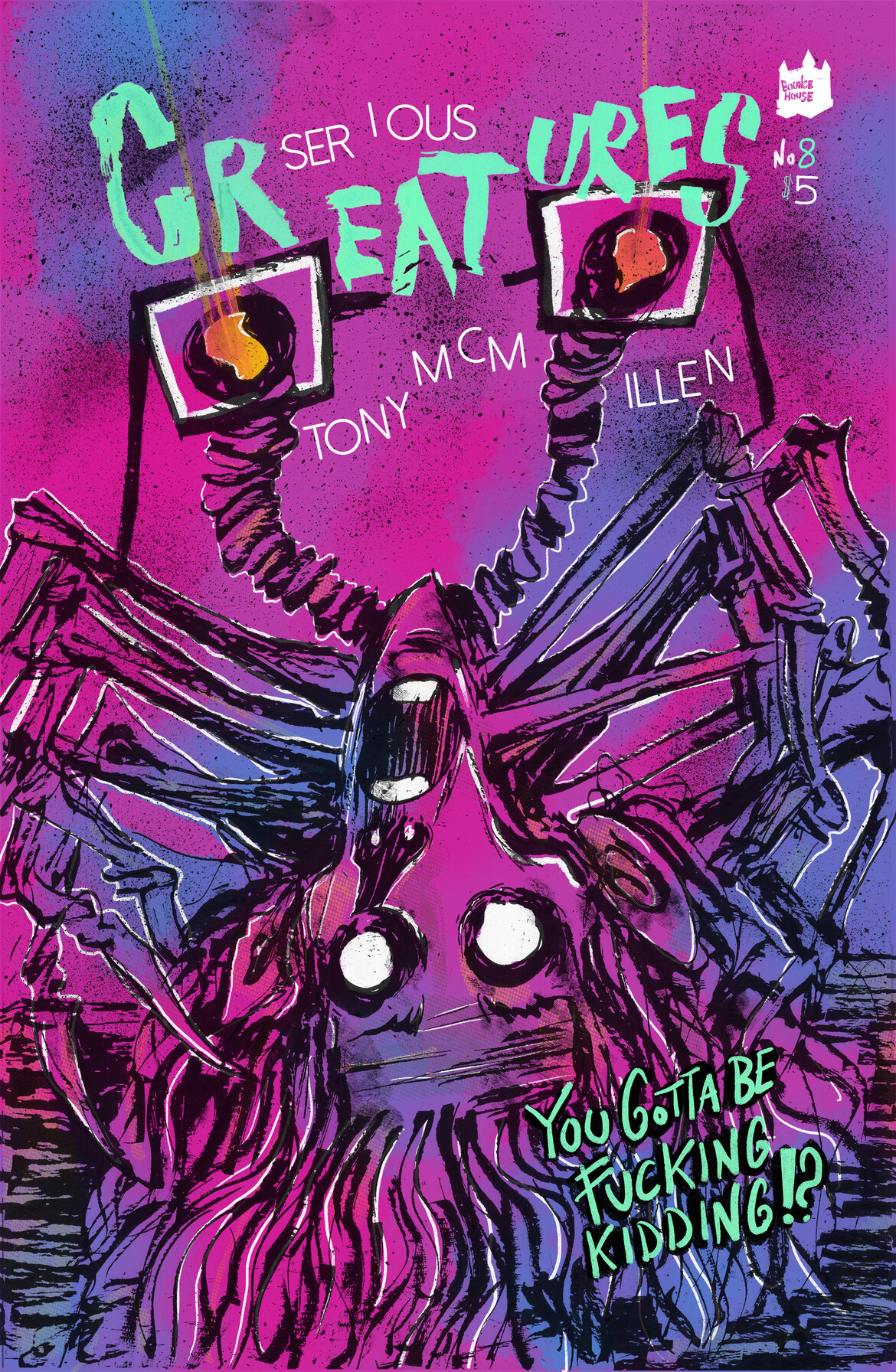 Serious Creatures is a fictional comic mostly based on the career of (but not life of) legendary special effects wizard Rob Bottin (John Carpenter’s The Thing, The Howling, Total Recall).

Sounds awesome, right? Well ol’ Terrific tony is set to bring the series to a close with the second arc of the story! Here’s more straight from the sinister source:

“These six issues (#s 7, 8, 9, 10, 11, 12) will complete the saga of teenage special FX wizard Bobby Feckle that began in issues 1-6 of Serious Creatures and is now collected in the Serious Creatures Reel 1 trade paperback.

Every issue of this series is written,  drawn, lettered and colored by me, Tony McMillen. If you know me (and you don’t know me) it’s from my other comics Attaboy , Lumen, the Friday the 13th bootleg comic called The Last Mask or my prose novels An Augmented Fourth or The Bleeding Tree Trilogy.”

So, why not head here and pick up some comics?

If you want to see why I’m so hyped on Tony’s work, you can sample some for free right here! 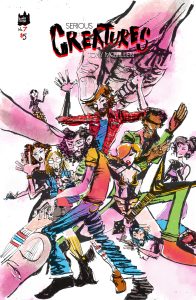 ← Prev: Let's Bring Let's Not Meet to Lurid Life! Next: A Mission For Answers Leads To Terror In 'The Haunting at Gabriel Street' - Out Today →