From directed by Scott Mann, who co-wrote the film with Jonathan Frank, comes Fall, which takes fear to new heights this August. Today, Lionsgate has released a new pulse-pounding clip that will leave those scared of heights with nightmares.

In the film, for best friends Becky (Grace Caroline Currey) and Hunter (Virginia Gardner), life is all about conquering fears and pushing limits. But after they climb 2,000 feet to the top of a remote, abandoned radio tower, they find themselves stranded with no way down. Now Becky and Hunter’s expert climbing skills will be put to the ultimate test as they desperately fight to survive the elements, a lack of supplies, and vertigo-inducing heights in this adrenaline-fueled thriller co-starring “The Walking Dead” star Jeffrey Dean Morgan. 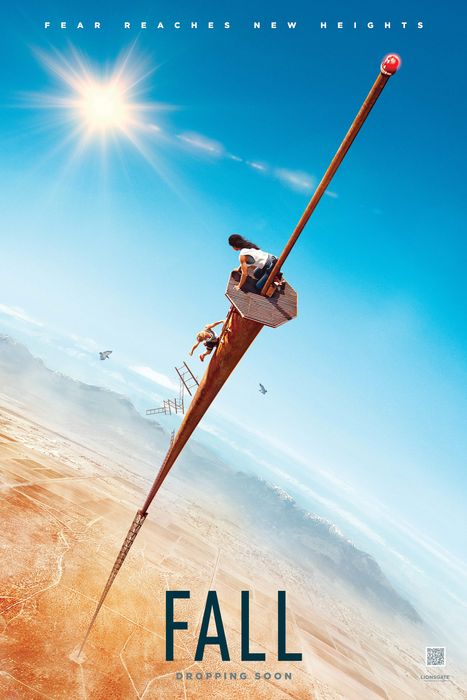