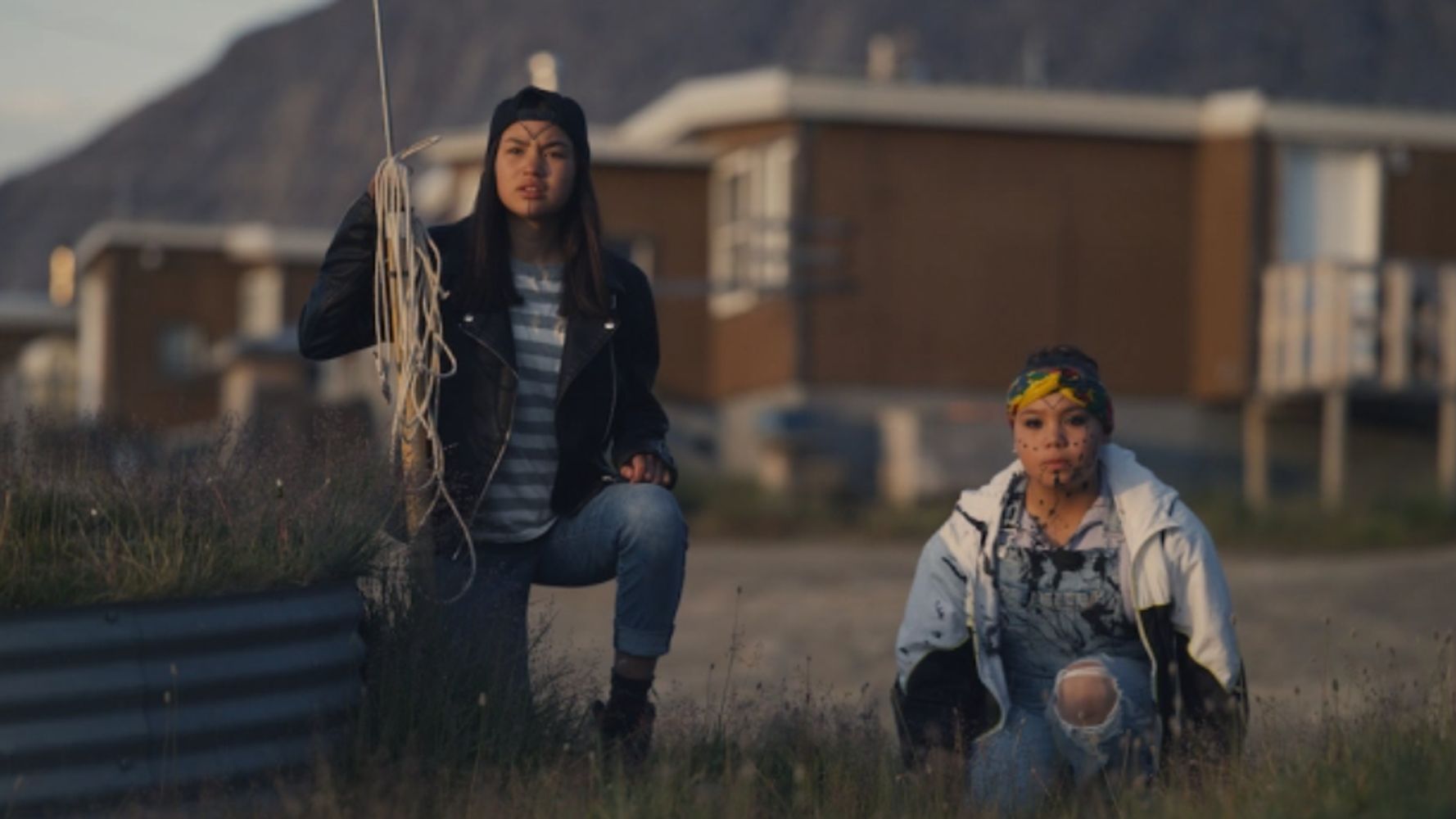 The film, “set in Pangnirtung, Nunavut, a sleepy hamlet nestled in the majestic mountains of Baffin Island in the Arctic Ocean, SLASH/BACK opens as the village wakes up to a typical summer day. No School, no cool boys (well… except one), and 24-hour sunlight. But for Maika and her ragtag friends, the usual summer is suddenly not in the cards when they discover an alien invasion threatening their hometown. These teenagers have been underestimated their whole lives but, using makeshift weapons and their horror movie knowledge, they show the aliens you don’t f*** with the girls from Pang.”

“SLASH/BACK was a critics’ favorite at SXSW, as seen by its 100% rating on Rotten Tomatoes,” said Mark Ward, Chief Acquisitions Officer at RLJE Films. “The brilliant effects, strong female leads and fun, adventurous story make this a film we know audiences are going to love.”

“It was a dream to make SLASH/BACK alongside my talented teenage cast in one of the most remote and beautiful places on the planet and I am thrilled to be partnering with RLJE Films/Shudder to bring our quirky alien movie to a wider audience,” said Innuksuk. “We look forward to working with our new friends at RLJE Films/Shudder, fellow genre nerds who we feel really appreciate SLASH/BACK and all its heartfelt horror love.”

Mark Ward and Betsy Rodgers from RLJE Films negotiated the deal with UTA Independent Film Group on behalf of the filmmakers.

The film is set to premiere on Shudder later this year. We’ll keep you posted.