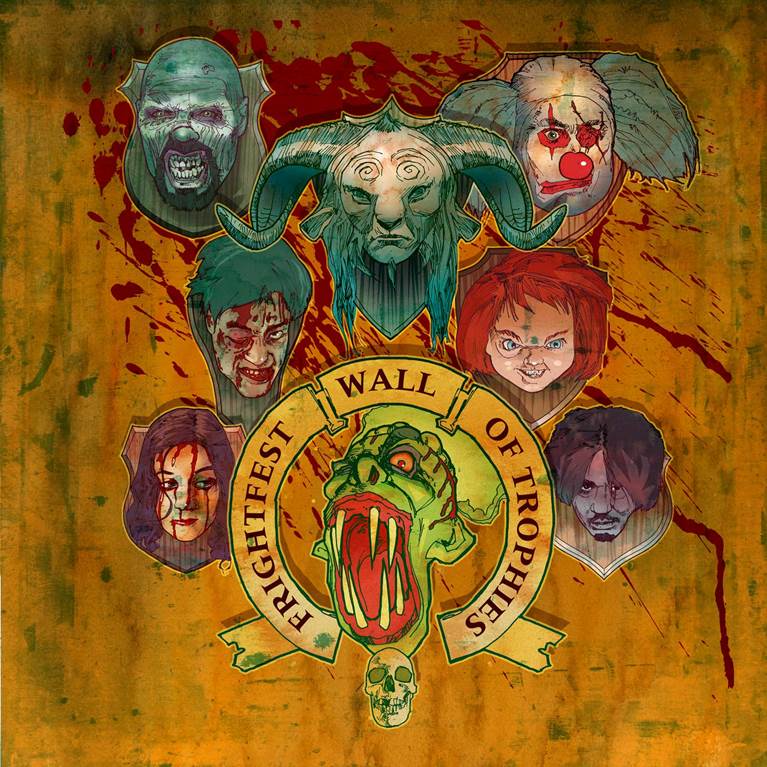 The U.K.’s Arrow Video FrightFest is one of our absolute favorite fear-fare film festivals here at Horror Fuel, and we are pleased to share the poster reveal for this year’s edition. We also can’t wait to tell you about their lineup, which will be revealed this Thursday, July 14!

Arrow Video FrightFest is proud to present Graham Humphreys’ stand-out poster design for 2022, which marks the 14th appearance for his iconic Monster.

Graham revealed today: “The predominant theme is a celebration of past ‘trophy’ films. I took my inspiration references from an old paperback cover ‘Vincent Price presents: The Price of Fear’, in which Vincent’s head is depicted mounted on a wooden shield. It seemed the perfect way to represent the films, with key portraiture represented as mounted heads. Rather than mount the head of the regular FrightFest monster, I thought it would be fun to turn him into the roaring lion of MGM’s familiar mascot!”

This year’s line-up of films will be announced on Thursday 14th July at 2pm BST.