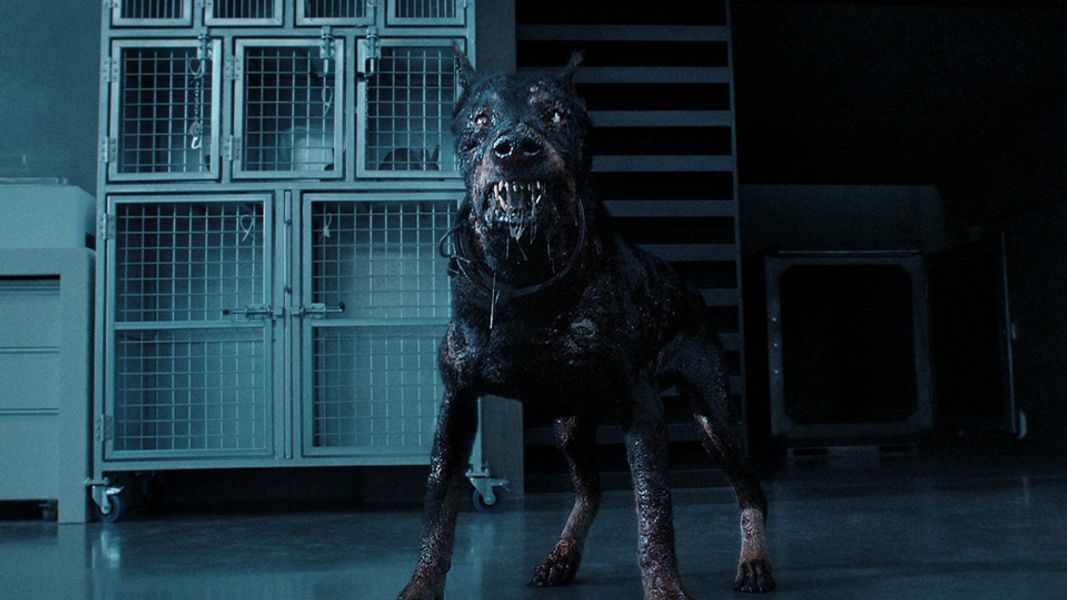 Netflix’s “Resident Evil” series is out today (July 14, 2022). We have a brand new clip, titled “Not All Dogs Are Friendly,” that gives us a look at the franchise’s zombie dog and a creepy-ass teddy bear.

“Resident Evil” the series, is set in, “2036 – 14 years after a deadly virus caused a global apocalypse, Jade Wesker fights for survival in a world overrun by blood-thirsty infected and insane creatures. In this absolute carnage, Jade is haunted by her past in New Raccoon City, by her father’s chilling connections to the Umbrella Corporation but mostly by what happened to her sister, Billie.”

“The all-new series expansion brings the best of the Resident Evil DNA forward – bad-ass heroines, insane creatures (some new/some familiar), a battle for survival, and of course, a deep mystery to unravel. Andrew Dabb (Supernatural) expands the directions with fresh storytelling, bone-chilling horror, and an action-packed spectacle perfect for summer binging.”

The new “Resident Evil” series is from creator Andrew Dabb (“Supernatural”), who also serves as a writer and as an executive producer. Robert Kulzer, Oliver Berben, and Martin Moszkowicz of Constantin Film produce.

The iconic game franchise from Capcom began with the first game’s release back in 1996 and has since spawned more games, movies, and more.

← Prev: Welcome To The Doll House: "American Horror Stories" Trailer Debuts Ahead Of July Premiere Next: The Horror With This Most Metal, 'Retaliators,' Is Heading Your Way! →