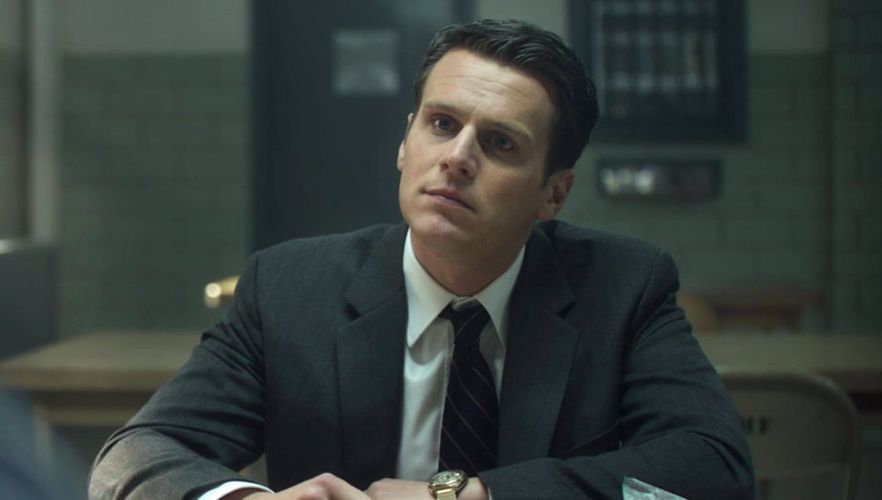 Details for M. Night Shyamalan‘s upcoming horror Knock at the Cabin have been few and far between, but today we have some news to share.

Shyamalan’s film is an adaptation of a book called The Cabin At The End Of The World written by Paul Tremblay which is out now.

The film’s main characters are a same-sex couple who rent a cabin with their adopted young daughter for an off-the-grid vacation in New England for some quality family time.

Jonathan Groff (“Mindhunter”, pictured) and Ben Aldridge ( “Pennyworth”) will star as Andrew and Eric, though at the moment it hasn’t been revealed who will play who. The news came via social media. They join cast members Dave Bautista, Rupert Grint (“Servant”, Harry Potter franchise), and Nikki Amuka-Bird (Old).

Jonathan Groff and Ben Aldridge will star as a couple in M. Night Shyamalan’s upcoming horror film, ‘Knock at the Cabin,’ in theaters on February 3, 2023. pic.twitter.com/b4PVLQFQUX

We’ll keep you posted as we learn more. In the meantime, if you don’t mind spoilers you can get your copy of the novel now on Amazon.

Among the new information is the film’s release date, February 3, 2023.

Shyamalan is also producing two other new movies this year, The Vanishings at Caddo Lake and Labor of Love.

← Prev: 'Dune: Part Two' Begins Production And Possesses A Release Date Next: Zombie Movie 'The Dead And The Damned' Is Out Now On DVD →