The Best Werewolf Movie Of The Year, ‘The Cursed,” Is Now On Hulu 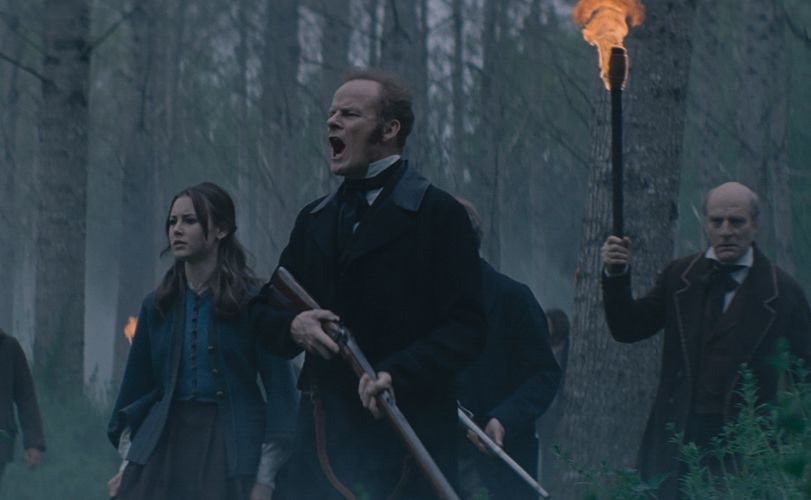 We here at HorrorFuel don’t use the phrase “one of the best horror films of the year,” lightly, but that’s exactly what we called The Cursed in our review. Now, this brilliant, dark, and brutal werewolf film is available on Hulu.

The gothic film, originally titled Eight for Silver, is set ”In the late 1800s, a once-peaceful remote country village is under attack—but by who or what, no one knows. Villagers spread rumors of a cursed land, supernatural forces, and even demonic creatures, as the disappearances and killings continue. Pathologist John McBride arrives to investigate the danger, only to discover something much deeper and more sinister than he ever could have imagined.”

Written and directed by Sean Ellis, the film stars Boyd Holbrook (The Sandman, The Fugitive, Logan), Kelly Reilly (“Yellowstone,” “True Detective”), and Alistair Petrie (“Sex Education,” Rogue One: A Star Wars Story, The Night Manager) and is a reimagining of the werewolf legend for a modern-day audience.

The film is produced by Ellis, Mickey Liddell, and Pete Shilaimon, and is executive produced by Alison Semenzaand and Jacob Yakob.

Watch The Cursed now on Hulu!