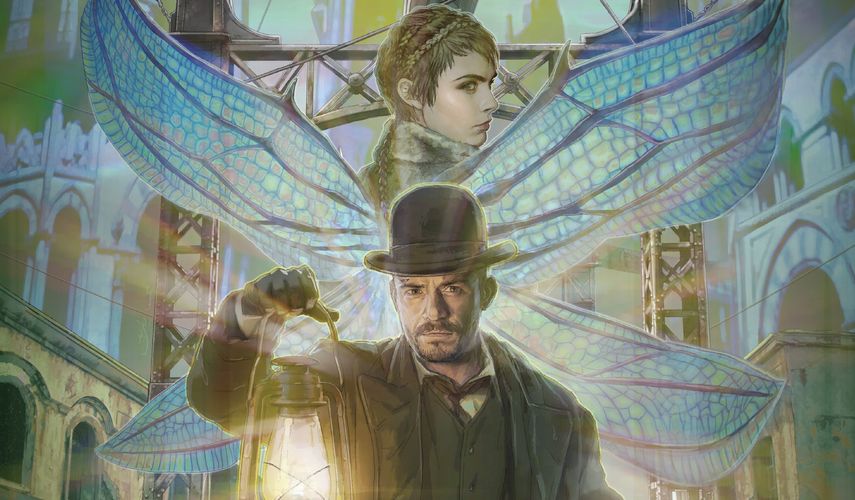 Legendary Comics, in collaboration with Rocketship Entertainment, announced today that a new Kickstarter initiative to enhance the fan and reading experience has kicked-off for Tales of Carnival Row, the graphic novel anthology based on the hit series from Legendary and Prime Video, starring Orlando Bloom and Cara Delevingne.

Writer George Mann (Wychwood, the Newbury & Hobbes series) and series writers C.M. Landrus, Charles Valasquez-Witosky, and Jordan Crair have crafted tales that will shed light on some of the most popular characters from the neo-noir Victorian fantasy series, with art by main artist Robin Hoelzemann and additional art by Magda Price, Giorgia Sposito, Gus Storms, Harvey M. Tolibao, and Ashley A. Woods. The cover is by ZID (Kingdom Kong, Dune: The Official Movie Graphic Novel) with a variant cover by Mike Collins (Doctor Who). The Kickstarter is live now and can be found here:

Set in the dark and magical world of Carnival Row, there are many stories to be told. Readers can explore the Burgue, where war-weary humans and Fae strike an uneasy peace and eke out a meager coexistence in this new anthology graphic novel. Fans can take a closer look at the myths and half-truths surrounding their favorite characters, including Philo, Vignette, Millworthy, Agreus, Tourmaline, and Aisling.

“We are excited to finally unveil Tales of Carnival Row – The Kickstarter editions will be hardcover and unique from the retail edition which will be softcover and launch at a later time, said Robert Napton, Senior Vice President of Legendary Comics. “The Row itself is a setting so full of mystery and lore, so it was fun to delve into some of the nooks and crannies in an anthology format to go even deeper into this mythic world.”

Check out the trailer for the campaign below and head over to Kickstarter to be part of the stunning comic’s story. 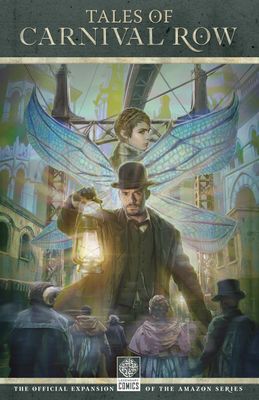 ← Prev: The Best Werewolf Movie Of The Year, 'The Cursed," Is Now On Hulu Next: New Paranormal Series Will Investigate "Ghosts Of Devil's Perch" →