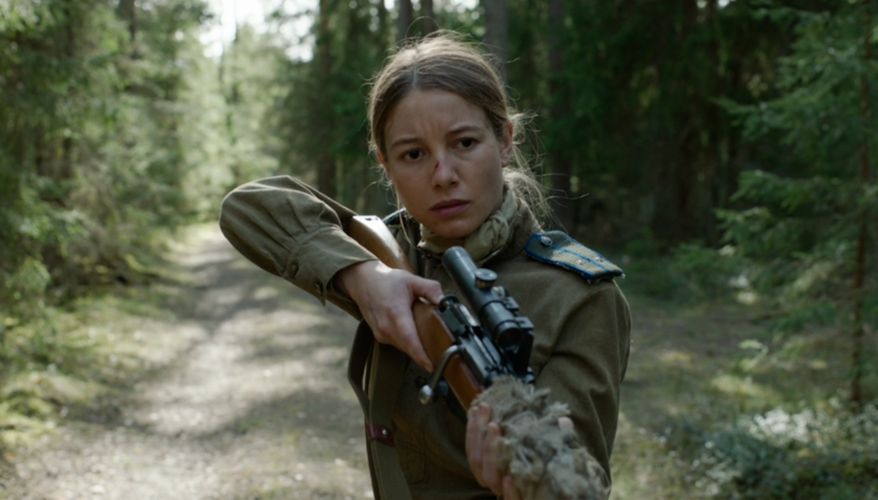 IFC Midnight has released the trailer for writer-director Ben Parker‘s suspense-filled WWII thriller Burial, revealing a dark film that sees soldiers trying to protect their cargo, but something is lurking in the woods.

Starring Charlotte Vega (Wrong Turn), Tom Felton (Harry Potter), Barry Ward (The End of the F***king World), and Harriet Walter (The Last Duel), the film is “set during the waning days of World War II, Burial tells the fictional story of a small band of Russian soldiers tasked with delivering the crated remains of Hitler back to Stalin in Russia.

En route, the unit is attacked by German “Werewolf” partisans and picked off one by one. An intrepid female intelligence officer leads her surviving comrades in the last stand to ensure their cargo doesn’t fall into the hands of those who would hide the truth forever.”
Burial is set to open in select theaters and arrive On Demand on September 2, 2022, from IFC Midnight.