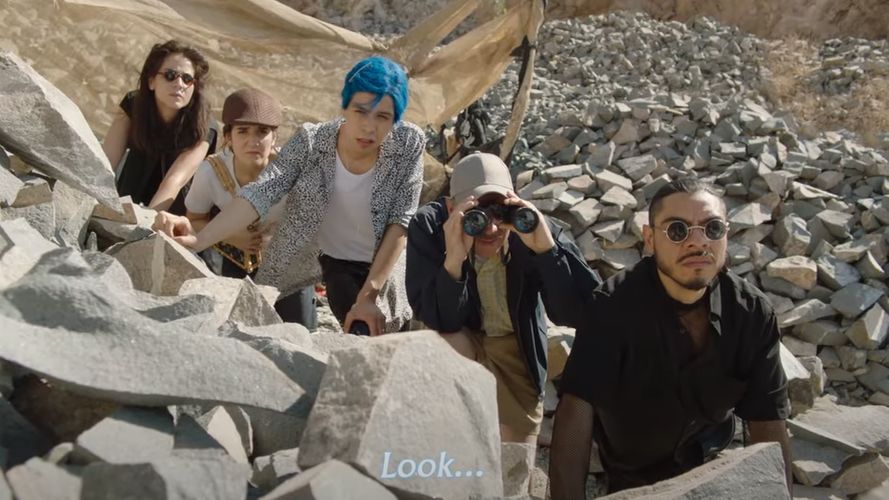 HBO‘s critically-acclaimed horror-comedy series, “Los Espookys,” returns this September for its second season and we’ve got the first teaser trailer to share with you.

Created by Fred Armisen, Ana Fabrega, and Julio Torres (HBO comedy special “My Favorite Shapes”), the series follows a group of friends who turn their shared passion for horror into a peculiar business, providing horror to clients who need it, in a dreamy Latin American country where the strange and eerie are just a part of daily life.

Season two finds our charismatic leader and gore enthusiast, Renaldo (Bernardo Velasco), haunted by the ghost of a beauty pageant queen, while Úrsula (Cassandra Ciangherotti), enlists an old acquaintance to challenge the political status quo. Úrsula’s well-meaning sister, Tati (Ana Fabrega), is adjusting to her life as a newlywed while balancing a new gig, and Renaldo’s ominous best friend, Andrés (Julio Torres), tries to find his place in the world after appeasing his inner demons (literally). Meanwhile, Uncle Tico (Fred Armisen) is searching for a new purpose after his valet career is derailed.

Season one of “Los Espookys” was hailed by Vanity Fair as a “bilingual genius” while Entertainment Weekly called it “TV’s most delightful freak show.” Episodes are available to stream on HBO Max. Tune in for the premiere of season two on September 16, 2022, on HBO and HBO Max.

← Prev: Justin Long Bites Off More Than He Can Chew In The 'House Of Darkness' Trailer Next: 50 Days For $5 Million: Can A Couple Survive In 'The Immaculate Room?' →