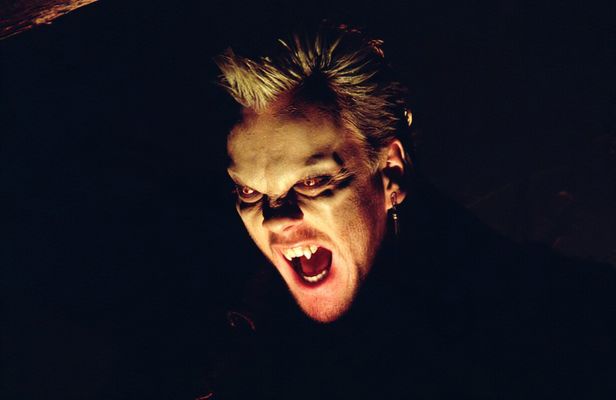 When it comes to vampire movies you don’t get much more iconic than Joel Schumacher’s 1987 classic The Lost Boys! Sink your fangs in The Lost Boys on Ultra HD Blu-ray Combo Pack or Digital, for the first time, from Warner Bros.!

Directed by Joel Schumacher, the film’s screenplay was written by Janice Fischer & James Jeremias, and Jeffrey Boam from a story by Fischer & Jeremias. The film was produced by Harvey Bernhard. Richard Donner served as executive producer.

“When their parent’s divorce, Michael (Jason Patric) and Sam Emerson (Corey Haim) move with their mother to their grandfather’s house in a California town nicknamed, “The Murder Capital of the World.” Soon after arriving, Michael gets involved with a hell-raising motorcycle gang of vampires with a charismatic leader (Kiefer Sutherland). When Sam becomes involved with the Frog Brothers (Corey Feldman and Jamison Newlander), who confess to being undercover Vampire hunters, he realizes it’s up to them to save Michael and the rest of the town from the vampire gang.” 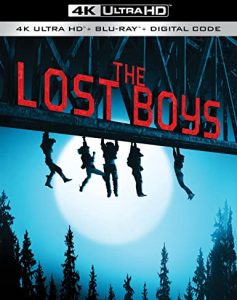 ← Prev: A Pig Comes To The Rescue In The New Clip From The Dark Fairytale 'Squeal' Next: Sisters Swear To Stick Together In The Trailer For Apple TV's New Series "Bad Sisters" →