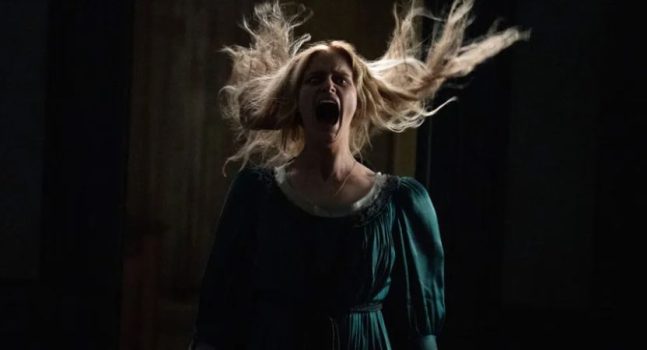 “From macabre to magical, gothic to grotesque or classically creepy, the eight sinister tales — including two original works by del Toro — will be brought to life by a team of writers and directors personally chosen by the Shape of Water filmmaker.”

“With Cabinet of Curiosities, we set out to showcase the realities existing outside of our normal world: the anomalies and curiosities. We hand-picked and curated a group of stories and storytellers to deliver these tales, whether they come from outer space, supernatural lore, or simply within our minds,” said Guillermo del Toro. “Just in time for Halloween, each of these eight tales is a fantastical peek inside the cabinet of delights existing underneath the reality we live in.”

A newly released teaser trailer for “Cabinet of Curiosities” gives us a glimpse at some of the series’ practical monsters and each of the episode’s titles.

“Cabinet of Curiosities” premieres on Netflix on October 25, 2022, just in time for Halloween.

← Prev: The Boulet Brothers Ink New Shudder Deal For New Season, A Spin-Off, And More Next: A New Instalment Of The 'Saw' Franchise Is On Its Way! →