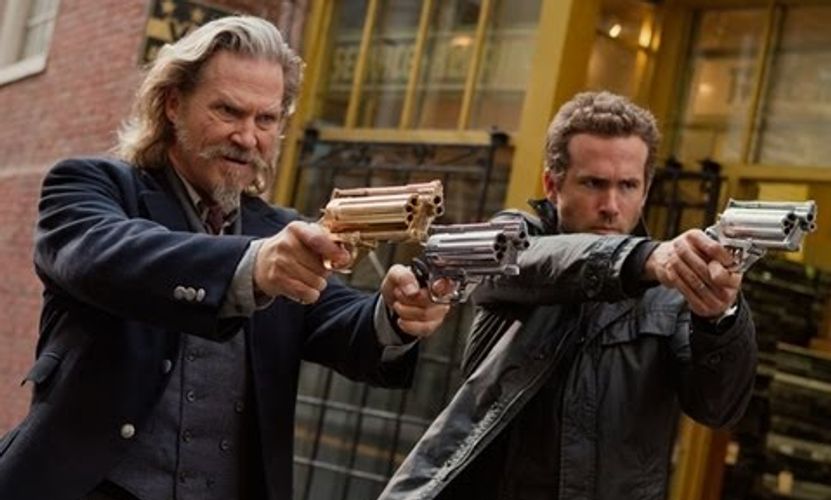 You may or may not remember 2013’s comic book adaptation R.I.P.D. starring Ryan Reynolds and Jeff Bridges, which was a box office flop. Well, after ten years it seems Universal Pictures is calling upon the Rest in Peace Department once again for a sequel, R.I.P.D. 2: Rise of the Damned.

While no announcement has been made about the sequel, it showed up on the MPA ratings bulletin this week, according to Bloody-Disgusting, and scored a “PG-13” rating due to “sequences of violence, language, disturbing images, and some crude/sexual references.”

In the original movie, A recently slain cop (Reynolds) joins a team of undead police officers working for the Rest in Peace Department and tries to find the man who murdered him. Chaos ensues and the the two must solve a crime to keep the tunnel of souls to the afterlife open and running the right way to prevent evil from escaping.

There is no word yet Reynold or Bridges will be returning or if Robert Schwentke will be back in the director’s chair, but we’ll keep you posted. In the meantime here’s a look back at the trailer for R.I.P.D. If you haven’t seen it, you can watch now on HBO Max, DirecTV, Netflix, or Peacock for free with subscriptions.

← Prev: 2D Game 'Heidelberg 1693' Coming To Consoles Later This Fall Next: Featurette Gives A "Look Inside" 'Beast' Ahead Of Theatrical Premiere →