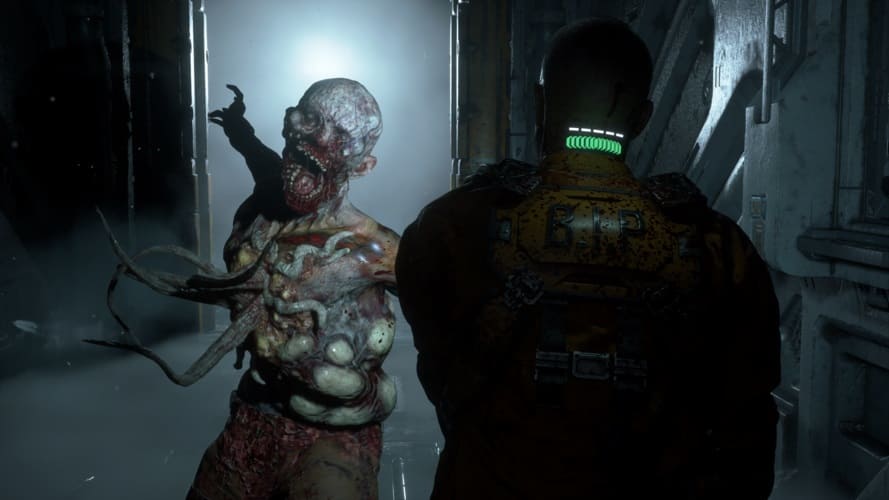 On the opening night of Gamescom 2022, game director Glen Schofield took the stage to present the latest trailer for the upcoming game he’s directing, The Callisto Protocol. The trailer demonstrates the styles of combat players will use to fight their mutated foes and one of the many ways they could die.

The Callisto Protocol takes players to the Callisto moon of Jupiter where Jacob Lee has become imprisoned in the Black Iron Prison on the moon. To make matters worse, the inmates have begun to undergo strange mutations turning them into grotesque monsters and throwing the prison into horrific chaos. Jacob will have to fight his way out of the prison and uncover the dark secrets hidden within the prison by the United Jupiter Company.

The Callisto Protocol will be coming out on December 2nd for PlayStation 4 and 5, Xbox One and X/S, and PC via the Epic Games store.

← Prev: 'Fall' Takes Terror To New Heights On Blu-ray Next: From The Director Of Creep & Creep 2 Comes 'Home Before Dark' →