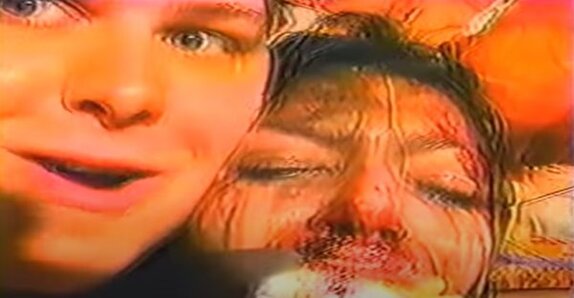 “We will be digging through the depths of their depravity and working with everyone involved that helped make The August Underground Trilogy become the most vicious series in the entire horror genre. With copies of previous releases going for hundreds of dollars, we hope these releases bring a whole new audience to the Trilogy and allow them to be available through nationwide retailers for 1st time, ever. I personally know the creators and it will be a pleasure to work with them. We’re planning behind the scenes so who knows what the future may hold.” Said Stephen Biro, CEO of Spreading The Sickness.

The controversial trilogy began in 2001. The American Exploitation film was directed by Fred Vogel, written by Vogel and Allen Peters, and stars Vogel as a serial killer named Peter, who kidnaps and kills innocent victims, while his unnamed accomplice, played by Peters, films and documents the murders. The found footage film spawned two sequels, August Underground’s Mordum in 2003, and August Underground’s Penance in 2007, making it a trilogy.

“It’s been too long and the fans are ravenous for the trilogy. A whole new generation of Sickos are ready to experience “August Underground.”  I’m stoked that TOETAG and Unearthed Films will be working together on these upcoming releases to give the fans what they want. I look forward to Spreading the Sickness with Unearthed Films… Get ready.” -Fred Vogel, Director

← Prev: Adaptation Of 'The Registration' From 'Night House' Writers Finds Its Star Next: 'The Stranger' Slashes Its Way Onto Digital & VOD This Week (Trailer) →